To most Americans, the name Robert E Lee will be one which is very familiar.  The decorated war general led Northern Virginia into battle in the American Civil War, representing the Confederacy.  He would eventually surrender to Ulysses S Grant, representing the Union, but not without going down in history himself.

Here are some interesting facts about General Lee you may not be aware of – it’s always good to brush up on your history! 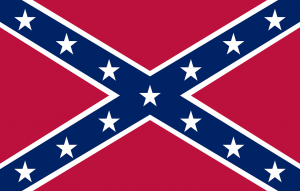 Do you know any interesting facts about Robert E Lee?  Share them in the comments below!