Mummification is a process where a human or animal that has died is preserved for a long duration by preventing their body from decomposing. Want to find out more? Here are some fun facts about mummification…

1. Egyptians were practicing mummification for centuries.

Mummification became a cultural component in death for Egyptians as early as 2800 BC.

Mummification was performed in the ancient Egyptian times to help the body reunite with the soul. The Egyptians were true believers of the afterlife, and they believed that your spirit would only temporarily leave your body before returning to your body periodically. Therefore, they believed that the body needed to be intact for this, and thus the mummification process became popular.

3. It was an exclusive process!

There were no restrictions on who could and could not be mummified. However, due to the drastically expensive procedure, only a limited few who could afford the process. 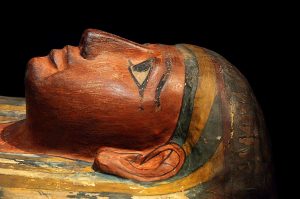 The word “mummy” comes from “mūm”, a Persian word meaning wax and the substance bitumen.

It took approximately 40 days for the mummification process to take place in Ancient Egypt. Around 75% of the bodyweight is lost during this time because of the dehydration effects of mummification.

6. Salt was important to the process.

Natron was the primary ingredient of the mummification process. This is a type of salt that helps dry out the body.

7. Anubis looked down on proceedings.

Chief embalmers wore a mask of the God of Anubis frequently.

Embalmers were seen as both members of the priestly class and doctors.

9. There are two types of mummifying – who knew?

There are normally two categories in mummification: Spontaneous (mummies created by natural conditions) and anthropogenic (which are made deliberately). 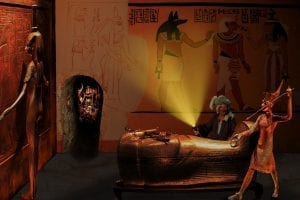 10. TONS of mummies have been discovered.

More than a million mummies have been found in Egypt. Most of these mummies are of cats.

Although mummies are mostly attributed to Egyptian times, they come from every continent around the world.

The god Osiris is believed to be the very first mummy according to Egyptian lore. 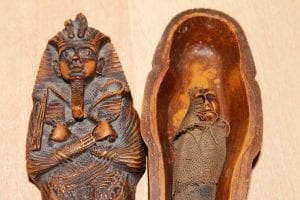 13. Some mummies really are well preserved.

Xin Zhui was the most well-preserved mummy ever found. She had died over 2,000 years ago and still had her flexible limbs, her organs, her hair and soft skin.

What was the real reason behind mummification?

It’s to do with preparing your mortal body so that you can easily transfer into the afterlife.

It’s thought Egypt may have stopped mummification around 7 AD - millennia after they started.

Not as we believe it to - some researchers mummify things in the name of science, however!

Do you know any interesting facts about mummification? Share them in the comments below!

If you’re fascinated with mummification, you’ll find these facts about Ancient Egypt interesting.