Queen is one of the biggest bands in the history of rock music, leaving an indelible mark on the world. If you have even the slightest interest in the music they made, not to mention its enduring legacy, these facts will fascinate you, especially if you’re not as knowledgeable about the band as you’d like to be: 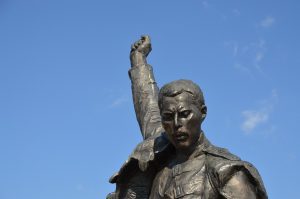 Do you know any fun facts about Queen?  Share them in the comments below!