Lilongwe is the capital city of Malawi – and is fairly curious in that it is split into two separate parts! It’s pronounced li-lawng-wey – and it’s thought to be one of the friendliest cities in Africa. Keep reading to get your fill of fun facts about Lilongwe and to show off some serious global knowledge at the next pub quiz.

Despite Lilongwe’s impressive size, Malawi is considered one of the smallest landlocked countries in Africa.

3. Do people speak English in Lilongwe?

The official language of Lilongwe is Chichewa, but English is widely accepted to be the second most spoken language. Many official publications are produced in both languages, too. 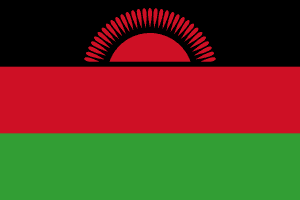 Lilongwe takes incredible responsibility for caring for wildlife and has a dedicated wildlife center and reserve. In fact, the area is seen as something of a refuge for many wild beasts!

Lilongwe has its own air travel links thanks to its local airport – known as the Kamuzu  International.

If you want to spend money in Lilongwe, you’ll need to change your currency into the Malawian Kwacha.

The Presbyterian Church of Central Africa has a huge following in Lilongwe and is proportionally the largest in the country! There is an approximate following of 23.15%, while Catholicism ranks 17.28%. There are both beautiful Mosques and Cathedrals in Lilongwe, too – it’s a highly spiritual city.

The world famous Malawanian artist Charles Levison is a valued art teacher at a Lilongwe private school. His style is that of ‘impressionist’ and he uses vibrant as well as subtle colors to reflect the nuances of waterscapes.

As Lilongwe is a thriving capital city, the hospitality industry has grown immensely over the years. It’s said to have welcomed at least 795,000 people visiting Lilongwe in 2013 alone – and this number is likely to have held steady over the years. You’ll find hotels, restaurants, and bars galore downtown – why not take a look for yourself? 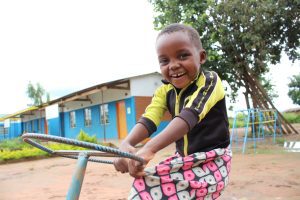 10. Has crime increased in Lilongwe?

In 2020 the Police Service of Lilongwe confirmed that crime rates had risen by 5%. They added that studies proved the increase directly corresponded to an increased number of foreign visitors!

As in all big cities, there is some risk of crime but vandalism, armed robbery, and assault are ranked as moderate in Lilongwe. It’s best to be careful just in case. 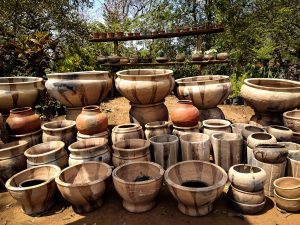 Lilongwe is not only famous for its nightlife, but also for its traditional market scenes. In fact, if you head to the city, it’s likely that you’ll be recommended to take a trip to the fish markets.

Lilongwe is big on fish – it started life as a fishing village along the banks of the river that gives the city its name. Since that time, seafood has become a major delicacy across the area!

How high above sea level is Lilongwe?

Lilongwe is around 1,050 meters above the sea, and it’s completely landlocked.

What is the climate of Lilongwe?

The climate of Lilongwe is subtropical with mild winters and warm summers. Average temperatures here reach around 66 degrees F. Nice enough to wear loose clothing and to take a stroll, then!

What is Lilongwe best known for?

Lilongwe is perhaps best known on the world stage as a fantastic hub for agriculture, trade, and fishing. It’s also become known for tobacco exports.

Do you know any fun facts about Lilongwe?  Share them in the comments section below!