Like to know more about the capital cities of the world and increase your chances of being crowned the next quiz champion? Take a look at these fun facts about San Juan!

San Juan is the capital city of Puerto Rico.

Wondering how to say the name of this wonderful city? It’s pronounced San hwahn. 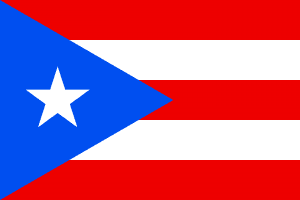 San Juan’s population was 335,468 in 2019 – that’s around 1/27th of the population of Greater London and gives it a population density of around 410 residents per square mile.

6. What are the people here called?

Residents of San Juan are known as Sanjuaneros.

Sanjuaneros enjoy a tropical monsoon climate with rain throughout much of the year, an average annual temperature of 80°F, a record high of 98°C and a record low of 60°F!

8. How to find San Juan with a compass!

Make sure you visit Old San Juan if you’re in San Juan; as the name suggests, it’s the old part of the city and also happens to be the oldest settlement in Puerto Rico and a UNESCO World Heritage Site! It’s full of beautifully colorful homes, some of which date back to 1521! 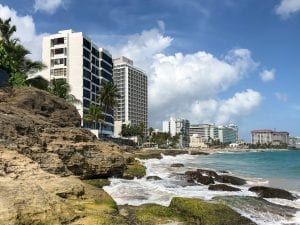 10. What do people speak in San Juan?

The official languages of San Juan are Spanish and English.

11. Time to change the change!

Puerto Rico welcomed 3,200,000 tourists into the country in 2013, many of whom visited San Juan for its stunning beaches, rich history and sophisticated-yet-lively, nightlife. 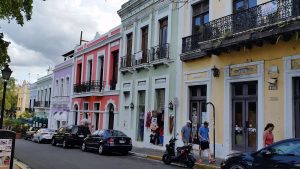 Is San Juan safe for tourists?

Yes, most of the time - however, you may be advised to keep to the main tourist areas for optimum safety.

Can you drink the water in San Juan?

Yes, on the whole! The water in Puerto Rico is generally safe to drink, though it can be a little harder in the rural reaches.

Is it expensive to visit San Juan?

That all depends on what you do while you’re there - generally, $150 per day will likely see you through!

Do you know any fun facts about San Juan?  Share them in the comments below!