William Shakespeare is one of history’s most prominent playwrights. But, even with all the adaptations of his life that have been produced thus far, how much do you really know about him? Here are 14 fun facts about Shakespeare that might have escaped you:

It is believed that William Shakespeare was born on the 23rd of April in 1564. To be more specific, he was baptized on the 26th. No one knows the exact date of his birth.

Besides the date of his birth, the author’s early years are also a mystery. It is presumed that he had a good upbringing with a decent education.

Shakespeare comes from a family of eight siblings. His father, John, was a glove maker and leather tanner who did quite well for himself. 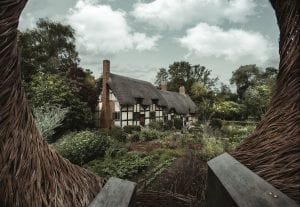 4.    Shakespeare married and had children of his own.

Shakespeare was 18 when he married Anne Hathaway in 1582. Anne was 26 at the time. The farmer’s daughter was also pregnant with Susanna, their first child.

5.    Shakespeare disappeared for a time!

‘The Lost Years’ refers to a seven-year period starting from 1585 during which Shakespeare disappeared. There is no record of what happened to him during that time.

When Shakespeare reappeared in 1592, he tried to make a name for himself as an actor and playwright in London. But his efforts were frustrated by the ‘University Wits’, his rivals who, everyone agrees, were jealous of his talent. They ridiculed him to no end.

6.    The Bard made an amazing comeback

Once Shakespeare’s renown grew, it became fairly commonplace for the Kings and Queens of the day (James VI of Scotland and Queen Elizabeth I) to hire him to stage plays at the royal court.

7.    Shakespeare’s works had to get creative

The most fascinating aspect of Shakespeare’s plays during his era is the fact that they did not feature women. The author had female characters in the stories he told, but there were no female actors because of how rowdy the audience could become at times. It was also not socially acceptable for women to appear on stage as actors. As such, you had men playing the female roles.

8.    Shakespeare had a preferred theatre

Shakespeare staged many of his plays at the Globe, an establishment that was initially called ‘The Theatre’ when Shakespeare first joined ‘Lord Chamberlain’s Men’, a theatre company.

Following a dispute, the building was dismantled and moved across the river, officially becoming ‘The Globe’.

Plays at the Globe were exciting affairs replete with special effects. The theatre met its end when special effects involving a cannon set it ablaze. The Globe was destroyed shortly before Shakespeare retired.

A new version of the Globe was constructed in 1997, just a few meters from the sight of the original building. 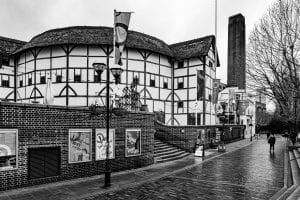 During his career, the playwright wrote 38 plays and over 150 poems.

Shakespeare is the second most quoted writer in English, only losing to the Bible.

12. We have two men to thank for the Bard’s preserved work

Hendry Condell and John Heminges are the reason Shakespeare’s work has endured. They recorded and published his plays in print, a feat that Shakespeare never bothered to perform himself while he was alive.

You can find Shakespeare’s work in all the world’s major languages.

13. Shakespeare was a revolutionary wordsmith

According to the Oxford Dictionary, Shakespeare introduced 3,000 words to the English Language.

There are 80 different variations of the spelling of Shakespeare’s name throughout history. No one knows for sure how his surname is spelled.

What was William Shakespeare’s real name?

This is an odd question that comes up a lot! Shakespeare used his real, full name when writing his plays and poems.

Shakespeare’s longest play is one of his most famous - Hamlet.

What were the last words that Shakespeare ever wrote?

The last words that Shakespeare wrote were thought to be ‘O that I had him, with six Aufidiuses, or more, his tribe, to use my lawful sword’.

Do you know any fun facts about William Shakespeare? Share them in the comments below!