The bustling country of Algeria is one of the most fascinating on the African continent – in fact, it outsizes the competition! It’s also one of the oldest on the continent, too – making for some truly fascinating history, architecture and culture.

How much do you know? Here are some fun facts about Algeria that might just surprise you – and take it from us, it’s worth keeping these in mind for if you head to a pub quiz or two in the near future!

Algeria is the largest country in Africa. 90% of it is covered by the Sahara Desert!
The surface area of Algeria is 2,382 million square kilometers.

2. Many, many people call Algeria home.

The population of Algeria numbers 43.85 million (2020) – considering nine tenths of the country is desert, that’s a bit of a squeeze!

3. What’s the capital of Algeria?

The capital of Algeria is Algiers, which is also a major seaport. Algiers also has a busy international airport – and the tourism industry here is absolutely booming! 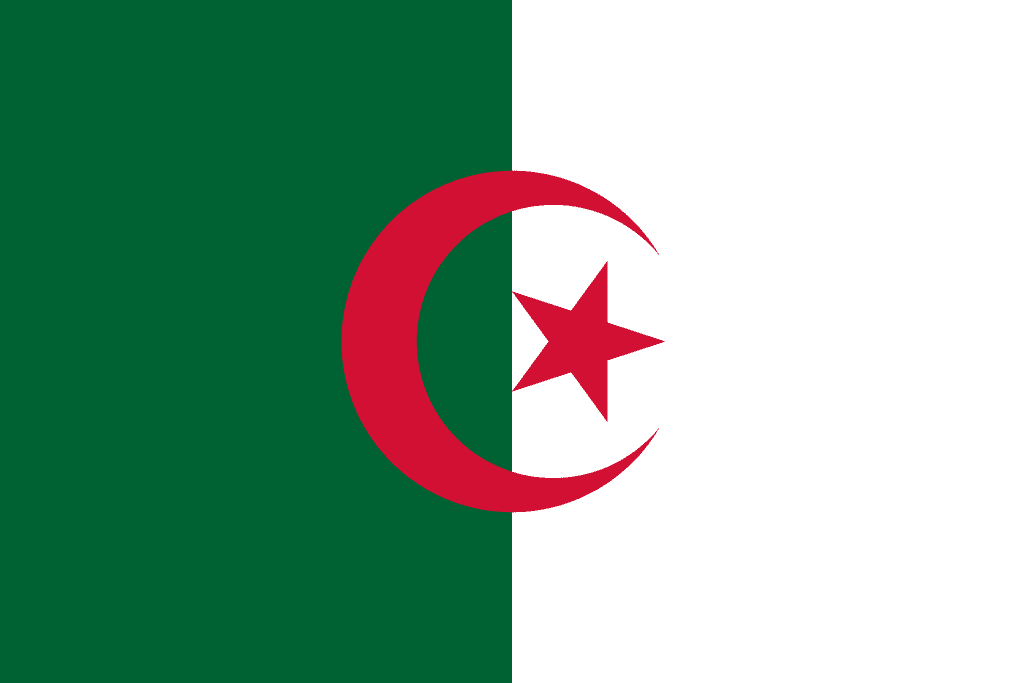 4. Has it ever snowed in Algeria?

5. The Algerian economy is up and down.

Whilst on record for being the third richest economy in Africa, 23% of the population live in poverty.

6. French has a large influence here!

Intriguingly, around 33% of the population of Algeria speak French. Much of this is said to be due to the years of French rule dating back decades.

7. In fact, a French icon was born in Algeria.

8. How does Algeria make money?

In 2021, records showed that 95% of the country’s export revenue came from petroleum, fertilizers and ammonium.

9. Algeria’s not always as warm as you might think.

Algeria’s climate is rather strange. It tends to reach temperatures of around 104 F at its hottest, but around 21 F at its coldest! Better pack a varied wardrobe, then – just in case! 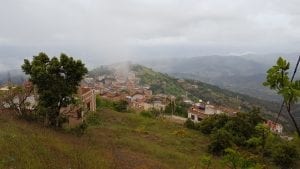 As one of the oldest cities in the world, becoming a Roman City jn 46 BC, Constantine was named after the famous Emperor. Originally, it was called Cirta, and had been founded by Phoenicians. It was rebuilt and renamed in 311 AD.

11. Algeria’s engineering has the French touch!

Ferdinand Arnodin, a French engineer, built the impressive Sidi M’Cid bridge crossing the Rhumel River in 1912. It was the highest bridge in the world until 1929, reaching a height of 175 meters! It’s taller than it is long, at 168 meters. 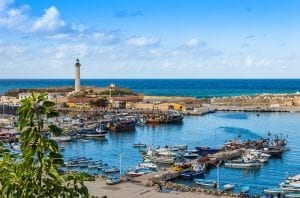 13. People spread out a lot in Algeria.

Bizarrely, most of the people in Algeria live along the coast – around 91%, in fact!

14. The national animal of Algeria is a fox.

The fennec fox, in fact! It’s the smallest fox on the planet, but has enormous ears! These can grow up to more than 15cm, or six inches, long.

Weirdly enough, the USA used to rely on Algeria for camels. In fact, the army used to import them out of the country – they used to board a ship and sail out of the region during the 19th century. How things change! 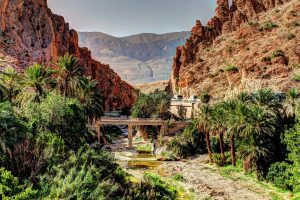 Are there poisonous snakes in Algeria?

Yes, there are several venomous snakes in Algeria, including vipers. The Boomslang snake is probably the most striking in color - as well as being well known for having a potentially fatal bite. It takes its name from the African expression, meaning to ‘live in trees’.!

What is the national drink of Algeria?

The national drink of Algeria is tea - something they clearly share with Britain, then!

Mkhabez is a popular Algerian treat eaten at celebrations. It’s a pastry made with ground nuts, eggs and sugar, often lemon flavored, covered with lavish icing designs, cut into different shapes. Sounds good to us!

Do you know any fun facts about Algeria? Share them in the comments below!