Want to find out a little more about the capital cities of the world and increase your chances of winning the next geography quiz? Take a look at these 14 interesting facts about Ottawa!

Ottawa is the capital city of Canada.

2.   Ottawa has an interesting pronunciation

Wondering how to say the name of this wonderful city? It’s pronounced Ott-uh-wah.

3.   Ottawa is bigger than Greater London

The total land area of Ottawa is 2,207 square miles (5,716 square kilometres)…that’s more than 3.5 times the size of Greater London! 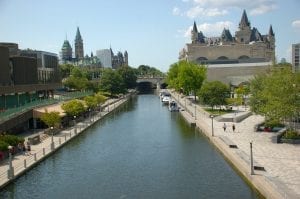 4.   However, Ottawa is less populated

…and gives it a population density of around 601 residents per square mile.

6.   Looking forward to meeting the residents?

Residents of Ottawa are known as Ottawans.

7.   Ottawa offers all the benefits of a continental climate

8.   Fly to Ottawa, by following these coordinates

9.   Ottawa is home to a UNESCO World Heritage Site

Make sure you visit the Rideau Canal if you’re in Ottawa; this beautiful canal is a UNESCO World Heritage Site and is teaming with boats meandering up and down during spring, summer and autumn, before becoming the world’s largest naturally frozen ice skating rink each winter! 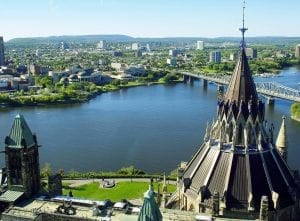 The official languages of Ottawa are English and French.

11. Ottawa is the largest bilingual city in Canada

In fact, Ottawa is the largest city in Canada to have co-official languages! 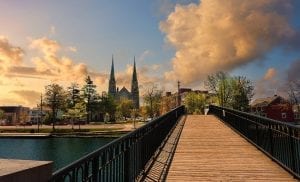 12. A quarter of Ottawans are outsiders

Did you know that around 25% of residents in Ottawa were born outside of Canada?

13. Save some Canadian dollars…They’ll come in handy here

Of course, the Canadian Dollar is the official currency here.

14. Ottawa attracts tourists with its wide range of events

Canada welcomed 16,537,000 tourists into the country in 2014, many of whom visited Ottawa for its delicious local food, beautiful architecture and extensive range of activities on offer.

Do you know any fun facts about Ottawa?  Share them in the comments below!

11 Wild Facts about The Florida Everglades