Many people will know Venus as the morning or evening star; or rather, these terms have frequently been used in conjunction with the planet since ancient times. Spinning slowly in the opposite direction than most planets, when visible, it’s the most brilliant planet in the sky!

Of all the terrestrial bodies in the heavens, Venus has always fascinated astronomers because it is similar to Earth in so many ways. And that is just one among many facts that make it such a curious planet. To satisfy your curiosity, here’s another 19 interesting facts about Venus…

Venus is the second planet from the Sun. If you don’t count the Sun and the Moon, it is also the brightest and most visible celestial body from the vantage point of Earth.

3. Venus is all about romance

Venus was the Roman goddess of Love and Beauty. This planet was named after her. For a time, the Romans thought that Venus was one of just four planets. 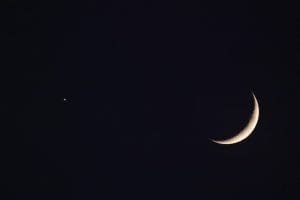 The similarities between Earth and Venus in terms of factors like volume, size, mass, and density are so stark that scientists have taken to calling them twin planets. The comparisons between the two are further encouraged by the fact that, of all the planets in the solar system, Venus’ orbit is the closest to the earth.

5. For a moment Venus gave hope

Astronomers once thought that the conditions on Venus might be favourable for life to thrive. But NASA’s planetary missions eventually determined that Venus was surrounded by a cloud consisting of sulphuric acid and sulphur dioxide.

6. Venus is the hottest planet in our Solar System

The cloud surrounding Venus is so dense that it reflects 60% of all the sunlight that comes its way. It is also because of this cloud that Venus has attained the status of the hottest planet in the solar system. The planet’s surface is 462 Degrees Celsius.

The planet’s atmospheric pressure is 92 times greater than the earth’s. This is why it doesn’t have small craters. Any small asteroids that would normally cause these craters are crushed when they enter the atmosphere.

9. The days on Venus seem endless

It takes Venus 243 Earth days to complete one rotation on its axis. As a result, it has the longest days in the galaxy. On the other hand, it takes 225 earth days to orbit the Sun.

10. No moons or rings on Venus

Besides Mercury, Venus is the only other planet in the solar system that has neither a moon nor rings. No one is certain why this is the case, but it can be assumed it is because of low levels of gravity on these planets. 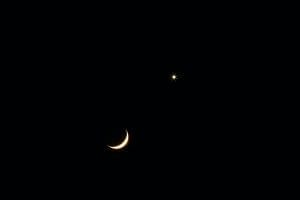 11. Venus is a clockwise spinner

Every other planet in the Solar System is spinning counter-clockwise. Besides Uranus, Venus is the only planet spinning clockwise. Scientists believe that its rotation is the result of a collision it had in the past.

12. The sunlight on Venus

It takes sunlight six minutes to reach Venus. This encourages even more comparisons with the Earth. Sunlight reaches the earth in 8 minutes.

There are no seasons on Venus and its surface doesn’t experience temperature variations.

Venus has more volcanoes than any other planet in the solar system.

15. No planet approaches closer to Earth than Venus

Besides Mercury, Venus is the only other planet in the solar system that can be seen from Earth as it crosses in front of the Sun.

16. The discovery of Venus remains a mystery

Because it is so bright, people were already plotting the motions of Venus by the second Millennium BC. However, no one knows for certain who discovered it. 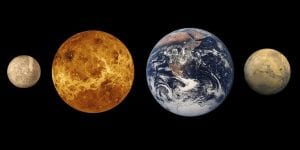 17. Seeing through the clouds…

18. A discovery on Venus

The first spacecraft’s radar mappings of the surface of Venus came in 1978 when the Pioneer Venus spacecraft began orbiting the planet. The resulting maps discovered a surface comprised primarily of plains created by ancient lava flows, with only two highland regions, Ishtar Terra and Aphrodite Terra.

In 1990, when the Magellan spacecraft began orbiting Venus, it conducted advanced radar imaging that collected much better details. Magellan spotted around 1000 impact craters, and interestingly enough, none of the craters seen was less than 2 km in diameter. This implied that any meteoroid small enough to create a crater with a diameter less than 2 km would have broken apart and burned up during its course through the thick Venusian atmosphere.

What is Venus known for?

Venus is best known for its brightness and glow! Due to the thick cloud that surrounds the planet, about 60% of the light from the Sun is reflected back into space!

What is interesting about Venus’ name?

How small is Venus compared to the Sun?

Do you know any fun facts about Venus?  Share them in the comments below!

Are you fascinated with the solar system? Check out these amazing facts about Saturn!