Andorra is a small landlocked principality located high in the Pyrenees mountains. Check out this stack of fun facts about Andorra right here!

1.    Andorra has more than mountains as neighbors.

Andorra is bordered by France to the north and east and Spain to the south and west. Should you wish to visit Andorra whilst trekking through the Pyrenees, the coordinates are 42.5000° N, 1.5167°

The terrain here is made up of rugged mountains, separated by narrow valleys. Perfect for winter skiing!

The total land area of Andorra is 180.7 square miles (468 square kilometers). This makes Andorra the 16th smallest nation in the world! 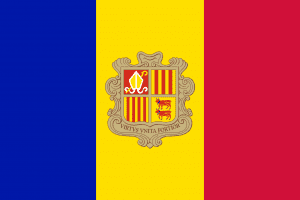 The international dialing code for Andorra is +376.

5.    The population of Andorra is just as tiny!

The climate in Andorra is temperate, with warm dry summers and cold and snowy winters. It also experiences 300 days of sunshine on average each year, so don’t forget your ski boots and sunglasses!

Did you know, the male head of the family in Andorra is required by law to own a gun in case of attack or emergency?

There are no airports in Andorra, it can only be reached by road through France or Spain. 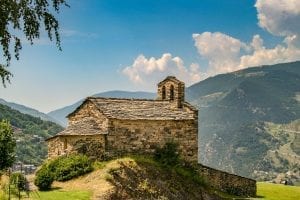 10. Andorra has a unique ‘official’ language.

Despite not actually being part of the European Union, Euro is the official currency here – perfect, as most of us have got a couple of those lying around! 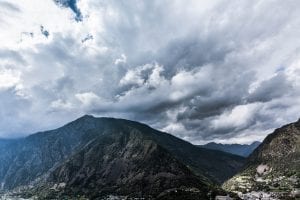 Is it true Andorrans play bagpipes?

Yes, it’s true - some Andoranns play bagpipes and even more enjoy listening to bagpipe music! This is likely to be due to them having Celtic connections and a desire to maintain that link to history.

What do Andorrans do with a Flabiol?

They play it - a flabiol is a musical instrument from the family of flutes! It is different from some other flutes because it is not held to one side, but positioned in front of the player, like a recorder.

What is the predominant religion of Andorra?

Do you know any fun facts about Andorra?  Share them in the comments below!