There was a time when spinach was the most despised food item on the market. But perceptions have changed. People have grown to appreciate its nutritional value, with some of the more interesting facts about spinach including:

1.    We’ve Been Eating Spinach for Centuries.

The spinach plant originates in Persia. It came to China in the 7th Century, Europe in the 12th Century, and the United States in the 1800s. The food item has been with us for many centuries.

2.    Spinach Has an Interesting Alternative Name.

If you have ever wondered why some Chinese people call spinach ‘Persian Green’, they are merely honouring its origins.

The King of France was married to a woman called Catherine de Medici in the 16th Century. A native of Florence, she was obsessed with spinach. This matters because, today, food recipes that use spinach in a significant role have the term ‘Florentine’ in their name. 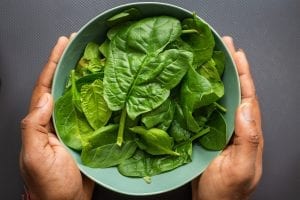 The Popeye cartoon from the 1930s changed the perception of spinach in the USA, boosting consumption by an estimated 33%.

The reason spinach consumption was low in the first place was because of a cartoon the New Yorker published in 1928 that showed a child displaying utter contempt for spinach.

To enjoy the nutritional benefits of spinach, you must eat it fresh. Otherwise, it tends to lose its properties with each day that passes.

You can refrigerate spinach to preserve it but it is still going to lose half of its nutrients by the end of the week. Spinach must be frozen if you are to keep it fresh.

Half a cup of spinach (cooked) will give your body 10% of all the iron you need to consume each day. Iron is good for the body. It increases your energy levels, improving endurance in the long run.

Spinach is also a source of Vitamins B, A, C, E, and K, not to mention calcium, and magnesium. It has been credited with the regulation of blood pressure, management of diabetes, and improvement of eyesight, to mention but a few.

In the First World War, haemorrhaging French soldiers were served wine blended with spinach juice. They wanted the Vitamin K in spinach to make the blood of these soldiers thicker.

Spinach isn’t all good. It has large amounts of Vitamin K1, which can cause blood clotting. Additionally, spinach has oxalates. If your body can’t tolerate them, they can cause kidney stones.

To escape the threat of oxalates, you are encouraged to boil spinach. This will eliminate the oxalic acid. 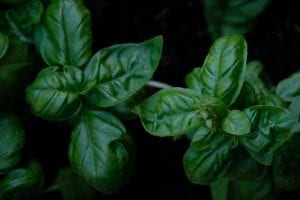 10. A Green Worth Celebrating!

Believe it or not, there is such a thing as National Spinach Day. It falls on the 26th of March.

11. China is the World’s Spinach Capital.

China produces over two dozen tons of spinach every single year. They account for 92% of all the spinach produced in the entire world.

While eating spinach is healthy, it is even healthier to drink it. Turning the stuff into juice releases beta-carotene, which improves the efficiency with which your body absorbs the food item’s nutrients. 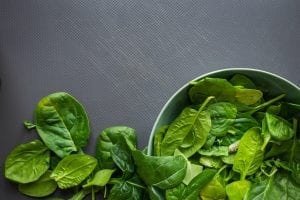 13. Spinach is a Fussy Grower.

The United States produces more spinach than every other country except China. But its production only accounts for 3% of the total global production.

Do you know any fun or interesting facts about spinach?  Share them in the comments below!