Do you often look up in the sky and wonder what’s out there? Do you enjoy watching the shimmering stars that light up the night sky? Whether you’re a stargazer enthusiast or even an astronomer, one thing’s for sure, telescopes have done more to transform man’s understanding of space than virtually any other invention.

What makes them so interesting?  Why are we so drawn to this apparatus that’s been around for centuries? Let’s go through these interesting facts about telescopes and find out more…

Looking at the past

People always credit Galileo with the invention of the telescope but actually, that isn’t true. That honor goes to Hans Lippershey. He invented the telescope with a concave eyepiece aligned to a convex objective lens in 1608. He was a Dutch eyeglass maker who laid claim to a device that could magnify objects three times.

2. The stories behind the telescope

One story says that Hans Lippershey got the idea for his design after seeing two children in his shop holding up two lenses that made a distant weather vane seem close. Others claimed at the time that he stole the design from Zacharias Jansen, another eyeglass maker.

The earliest known drawing of a telescope is actually a drawing in a letter from 1609, by Giovanbattista della Porta.

4. Galileo was the first person to use the telescope for astronomy

Hence the misunderstanding about Galileo being the inventor of the telescope, even though he designed one of his own in 1609! Galileo’s innovative work led to the discovery of Jupiter’s satellites, sunspots, and the rings of Saturn. In fact, looking directly at the Sun through the telescope was allegedly the reason for his eventual blindness. 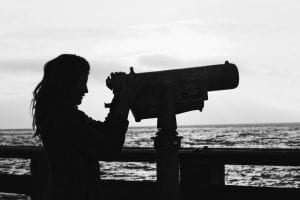 5. For a time, the biggest telescope was…

The Leviathan (Parsontown)! It came into existence in 1845 and it weighed 40 tons. The telescope was built by the Earl of Rosse, and at the time was the most powerful telescope in the world.

The world’s first Radio Telescope was invented by Karl Guthe Jansky. The Bell Telephone Laboratories employee discovered radio waves coming from the Milky Way  in the 1930s with his “Merry-go-Round” rotating antenna.

The worlds most famous telescope is the Hubble Space Telescope. It was officially launched by NASA in 1990, seven years later than planned. The delays were caused by the light-absorbing mirror not being polished to the right accuracy. This issue was only fully corrected in 1993.

The merchants used the first telescopes to see the forthcoming trade ships. This supposedly gave them some sort of advantage that they could use to beat the competition.

Looking in to the future…

Ever since its launch in the 1990s, scientists from all over the world have been working night and day to produce a superior telescope to Hubble. A European-led team believes that they can deliver a telescope whose images are 15 times sharper by 2024. 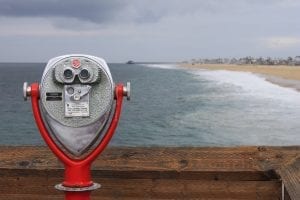 11. NASA has no intention of losing

NASA, which is responsible for Hubble, has no intention of losing the telescope race. Their goal is to put a radio telescope on the Moon by 2030, beating anything Europe could ever hope to achieve.

Work is being done in South Africa and Australia to deliver a radio telescope that will produce an exabyte of raw data every single day. If the telescope works as promised, the data it generates will exceed global internet traffic.

13. A robotic telescope on the Moon

China already has a robotic telescope on the Moon. It has been there since 2013 and it is expected to remain in operation for three decades, gathering vital data. 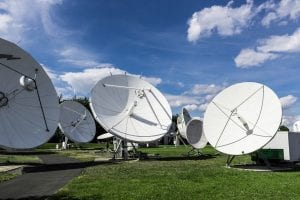 14. The telescopes of today

The telescopes of today are operated remotely using computers and the internet.

Scientists can use the most powerful and modern telescopes of today and see an incredible 13 billion light-years away. This is the equivalent of looking back at the beginning of the universe.

Situated on Mt. Graham in Arizona, the ‘Large Binocular Telescope’ is not only one of the largest telescopes in the world but, as per the name, it looks like a giant pair of binoculars. Cool right! 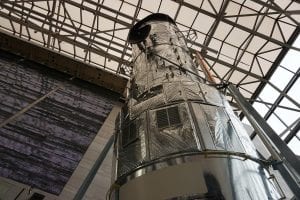 NASA’s Hubble Telescope, before being launched.

18. The most famous photo taken by a telescope

A well-known photo called the Pillars of Creation was taken by the Hubble Space Telescope of elephant trunks of interstellar gas and dust in the Eagle Nebula, specifically the Serpens constellation, some 6,500–7,000 light-years from Earth. This fascinating photo was declared as one of the top ten photographs from Hubble by Space.com.

The Hubble Space Telescope, which is in Earth’s orbit, is controlled by NASA personnel using radio signals. It was designed to perceive infrared, visible, and ultraviolet light. The Sun and new stars emit ultraviolet light, so Hubble can observe them. 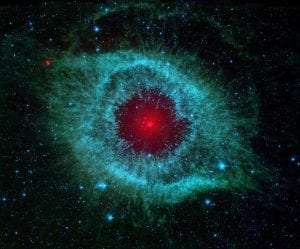 The biggest radio telescope in the world has a dish that spans 1,000 feet across. It is situated in the jungles of Arecibo in Puerto Rico.

The Catholic Church has two telescopes, one in the Vatican Observatory and the other at the Mount Graham International Observatory.

22. How big is The Hubble Telescope?

The Hubble Space Telescope (HST) is the size of a school bus and weighs 11 tons and is 13.2 meters long. 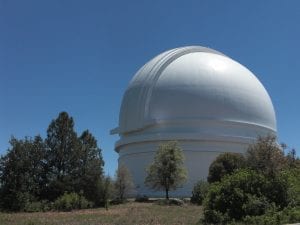 The Microvariability and Oscillations of Stars (MOST), Canada’s first space telescope, is nicknamed the Humble Space Telescope.

The parents of funny man, comedian, and actor Jack Black actually worked on the HST as satellite engineers! 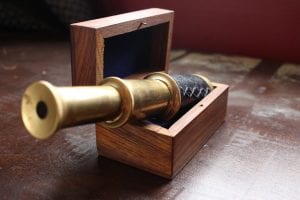 In the movies, pirates are often seen examining the horizon with a device known as a Pirate Telescope. In fact, pirate telescopes weren’t actually invented by pirates but usually stolen from ship Captains when their ship was hijacked.

In 1969, during the Apollo Moon landing mission, Pope Paul before watching the televised moonwalk actually watched the moon from inside the Vatican Observatory!

Nearly 200 men with ropes were needed to guide a truck along a complex, eight-hour drive to the top of Mount Wilson in California, in order to deliver the 100-inch mirror for the Hooker Telescope.  And, boy was it worth it! The Hooker Telescope proved that the universe is expanding and that other galaxies truly exist.

Do you know any fun facts about telescopes?  Share them in the comments below!