Kuala Lumpur remains one of the most magnificent capital cities of the East. The weather’s humid, the skyline’s lit up, and the marketplace is bustling! Here are some fun facts about Kuala Lumpur to help inspire a future visit.

1. Where is Kuala Lumpur?

2. Here’s how to pronounce it.

Wondering how to say the name of this wonderful city? It’s pronounced Kwah-luh Loum-poor. 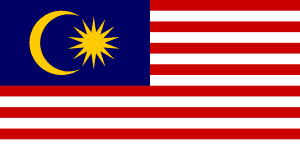 4. Unlike London, it’s nowhere near as densely packed.

Kuala Lumpur’s population was 1.808 million in 2017…that’s only 1/5 the population of Greater London, and gives it a population density of around 2,087 residents per square mile.

6. What do people call themselves out here?

Residents of Kuala Lumpur are known as Malaysians, although they are also known as KLites thanks to Kuala Lumpur being affectionately referred to as KL.

8. The climate here is sweltering.

9. Here are the compass statistics… 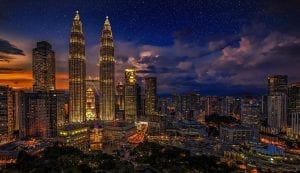 Make sure you visit the Menara KL Tower if you’re in Kuala Lumpur; it’s one of the tallest man-made structures in the world and gives a spectacular view across this beautiful city during both the day and night.

The official language of Kuala Lumpur is Malaysian.

Kuala Lumpur was established in 1859, but wasn’t actually granted city status until 1972. 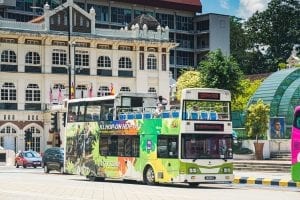 13. Better change up the coins.

Malaysia welcomed 25,715,000 tourists into the country in 2013, many of whom visited Kuala Lumpur for its breathtaking modern architecture and wide range of eateries, shopping malls and markets.

Is Kuala Lumpur safe to visit?

Yes - on the whole, Kuala Lumpur is considered a safe city for tourists.

Is Kuala Lumpur an affordable city to visit?

On the whole, yes - providing you budget! It’s somewhere in the middle.

What should I avoid in Kuala Lumpur?

Despite being a safer city than most, make sure to travel in groups after dark, and to always respect the local food and drink!

Do you know any fun facts about Kuala Lumpur? Share them in the comments below!