Britain’s Head of State, Queen Elizabeth II, doesn’t say much, at least not to the public. But that only makes her more fascinating to her adoring fans. Here are some fun facts about the Queen of England you might not know:

1. The Queen never went to school.

The Queen doesn’t have any formal education. She and Margaret, her younger sister, were taught by private tutors. They never saw the inside of a normal classroom.

2. She sneaked into a non-royal party to mark the end of war.

When WWII ended in 1945, the Queen and her sister were among the revellers who chose to party the night away. They made sure to mask their identities. People did not realise that they were in the presence of royalty.

3. Her late husband was a distant relation.

The Queen was married to her third cousin. Both Elizabeth and the late Prince Philip are related to Queen Victoria. 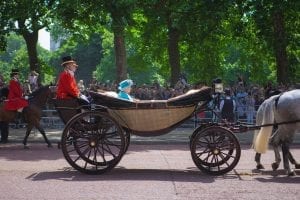 4. The Queen has two birthdays!

The UK celebrates the Queen’s birthday on June 11. But her actual birthday is on April 21. However, as is the custom, the country prefers to wait until the weather has improved to hold the parade that marks her birthday. In that regard, you could argue that Elizabeth II celebrates her birthday twice.

5. The Queen has a pretty long name!

6. She LOVES Corgi dogs – it’s not a stereotype!

After receiving a Corgi as a gift on her 18th birthday, the Queen went on to own more than thirty of the dogs!

7. There are hundreds of people in the UK wealthier than the Queen.

Elizabeth II is rich, as you would expect from the Queen of England. But she isn’t the wealthiest person in Britain. She isn’t even ranked among the 300 richest people in the country. Her personal fortune is estimated to be around £350 million, which perhaps isn’t that impressive by certain standards.

8. The Queen has a cash machine!

The Queen doesn’t have to leave Buckingham Palace to make a financial withdrawal. Coutts Bank has furnished the palace with its own ATM.

9. The Queen pays taxes out of choice.

The Queen only started paying taxes in 1993, a year after the fire of Windsor Castle.  This is despite the fact that she isn’t obligated to do so but was designed to deflect media criticism of British tax payers paying for the restoration of the castle. 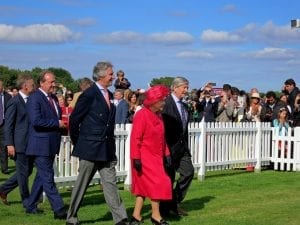 10. The Queen’s words are in outer space.

She was among the many world leaders who wrote a message that was ultimately recorded on a silicone disc and placed at the foot of the American Flag on the Moon when Neil Armstrong and Buzz Aldrin made their legendary trip. As far as anyone knows, the disc is still there.

11. She has some frugal fashion choices.

The Queen has worn the same pale pink nail polish from Essie since the late 1980s. The nail polish costs just £9 but she refuses to wear anything else. She won’t even change the color.

12. The Queen doesn’t have a driver’s license.

If you are a British citizen, your driver’s license and passport have the Queen’s name. But Elizabeth II doesn’t have either document. She also doesn’t need them to get around. 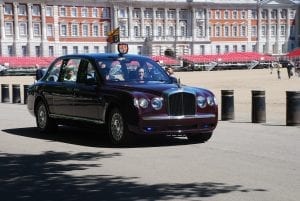 13. The Queen’s title takes a deep breath to say!

The Queen has no official last name. What she does have is a rather long title: Her Majesty Elizabeth the Second, by the Grace of God of the United Kingdom of Great Britain and Northern Ireland and of Her other Realms and Territories Queen, Head of the Commonwealth, Defender of the Faith.

Elizabeth II became Queen in 1952. In 2015, she became the Empire’s longest-reigning Monarch. By 2019, she was the world’s longest-serving Monarch.

15. Most of the people in Britain have never known another monarch.

A staggering 81% of all the people living in the UK today were not born when the Queen ascended to the throne. She is the only Monarch they have ever known. 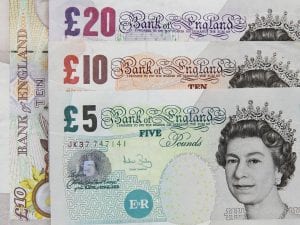 16. The Queen has outlived many heads of state.

To properly quantify the length of her reign, you need to realise that there have been 13 US presidents, 7 popes, and 14 British Prime Ministers in the time that she has been Queen.

The title ‘Elizabeth the Silent’ comes from the fact that the Queen doesn’t give interviews and she has never done so at any point during her reign. This has created an aura of mystery that appeals to the public.

18. The Queen still has final legal oversight in the UK.

The Queen is expected to give the royal assent to every bill that comes from Parliament. Only then can it become law. She has done so to over 3,000 acts of Parliament since 1952. 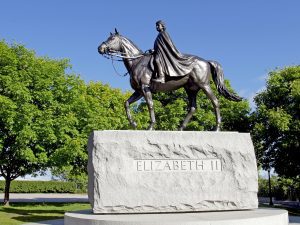 19. She became heir to the throne as a result of abdication.

Elizabeth II only became heir to the throne because King George V died, and Edward VIII abdicated the throne to marry an American. This allowed the Queen’s father, George V to ascend to the throne. She was ten at the time.

FAQs about The Queen

Which tartan does the Queen wear?

The Queen wears the tartan known as the Royal House of Stewart.

Why does the Queen always carry a handbag?

It’s because she feels it’s an important part of her outfit - she doesn’t feel fully-dressed without it!

Will the Queen abdicate?

There have been many rumors over the years about whether or not the Queen will step down to let her oldest son, Prince Charles, take charge - but this is unlikely to happen any time soon!

Do you know any interesting facts about the Queen of England?  Share them  in the comments below!