Our galaxy is called the Milky Way. You could compare it to one city in a vast network of cities. As the birthplace of humanity, home to billions of stars, there are so many mysteries surrounding our galaxy that scientists have yet to unravel. But over the centuries they have made numerous discoveries, revealing a little of the unbelievable and fun facts about the Milky Way to the public, including the following:

The Chinese have a legend about the gods creating a river in the heavens to keep a weaver and a herdsman apart. It is from this myth that the Chinese derive the term ‘The Silver River’, their name for the Milky Way.

The Greeks used to call it the ‘Road to Mount Olympus’. They attributed the Milky Way to Hera who spilled her milk as she suckled Heracles.

3.    The Cherokees had an interesting name for it.

To the ancient Cherokees, a dog stole some cornmeal. When it was chased, the dog ran, spilling the cornmeal along the way, forming the Milky Way, hence The Way the Dog Ran Away, their name for it. 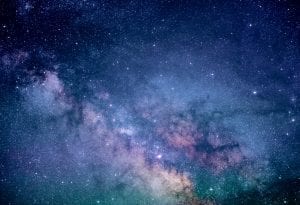 The term ‘Milky Way’ can be attributed to the Romans who called it a Milky Road and the Greeks who preferred the term Milky Circle.

Where others saw magic or the work of the Gods, Democritus, a philosopher from ancient times (460–370 BC) saw the light in the sky and became the first person to suggest that the galaxy might consist of stars.

In 1610, so many years later, Galileo used his telescope to cement Democritus’ claims by identifying the bands of light as a series of individual stars.

7.    Edwin Hubble is a legend in galaxy study circles.

The world’s understanding of the shape of the Milky Way can be attributed to Edwin Hubble who, in the 1920s, discovered a way of using the brightness of stars to measure the distance between galaxies.

The Milky Way, which is 120,000 light-years across, is a disk but it is warped. It isn’t perfectly flat. This warping is the result of two dwarf galaxies that are pulling on the Milky Way.

There are no pictures of the Milky Way. Any images you have seen are an artistic impression or another galaxy. From the Earth’s position, there is no way to take a picture of the disk that is the Milky Way. 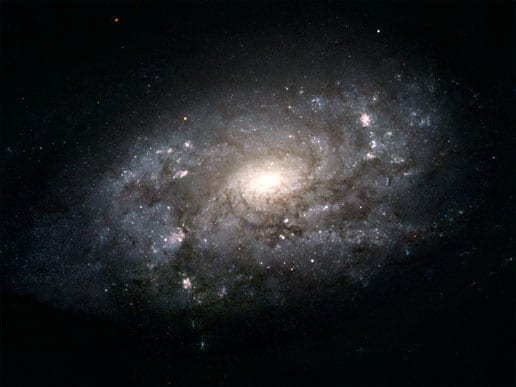 Anyone who looks at the Milky Way from the Earth with the naked eye can only see and count 2,500 stars. But the number is closer to 400 billion.

At the center of the Milky Way is Sagittarius A, a massive black hole.

The Milky Way is on the move, rotating at 168 miles per second!

13. There’s a big buildup in the middle.

The largest concentration of stars is found at the center of the galaxy. This is also where you find the largest stars. 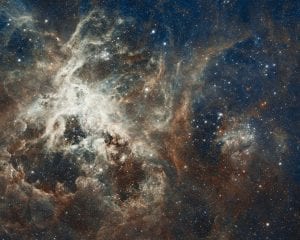 14. Light travels slowly across the galaxy.

Light can go from the Earth to the Moon in 1.3 seconds. But it would require 100,000 years to jump from one edge of the Milky Way to the other.

15. Star production can be slow!

Seven new stars are born inside the Milky Way every year.

The Milky Way and another Galaxy called Andromeda will collide in 2 billion years.

17. The Milky Way swallows up other galaxies!

Not only has the Milky Way consumed quite a few small galaxies in the past but it is in the process of consuming two others.

In fact, the current size of the Milky Way has been attributed to all the galaxies it has consumed in the past.

FAQs about The Milky Way

How long would it take space travelers from Earth to exit the Milky Way?

It would take space travelers from our planet over 100,000 years to leave the galaxy if they had a spaceship which could travel at the speed of light!

How many new stars are born every year in the Milky Way?

Every year, it is thought an average seven new stars are born in the Milky Way!

What is Sagittarius A?

Sagittarius A is the name of the galactic center of the Milky Way. It has luminosity far greater than the Sun, being 375 times stronger with a measurable magnitude of 1.79!

Do you know any fun facts about the Milky Way?  Share them in the comments below!

Are you fascinated with our solar system? Check out these interesting facts about Saturn…