Like to know a little more about the capital cities of the world and improve your chances of winning the next quiz? Take a look at these 13 fun facts about Athens!

1. Athens is a seriously small capital.

Athens is the capital city of Greece. The total land area of Athens is 159 square miles (412 square kilometers) – that’s a little more than 1/4 of the size of London.

3. Athens isn’t far above the water. 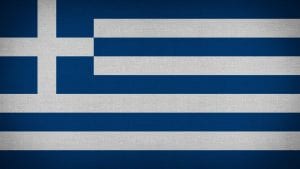 4. The climate in Athens is pretty varied.

Greeks living in Athens enjoy a subtropical Mediterranean climate with hot and dry summers, followed by mild and wet winters and an average annual temperature of 18.5°C.

5. Athens is easy enough to find!

Make sure you visit the Acropolis if you’re in Athens; dubbed the symbol of World Heritage by UNESCO and constructed between 447 and 438BC, the Acropolis is an ancient citadel that has stood the test of time incredibly well.

7. Athens is likely to be the theatre capital of the world.

Whilst you may think of the West End or Broadway when it comes to theatre, Athens actually boasts more theatres than any other city in the world with a mind boggling 148 stages!

The official language of Athens is Greek.

9. The capital has an important name.

Athens is named after Athena, the goddess of wisdom! 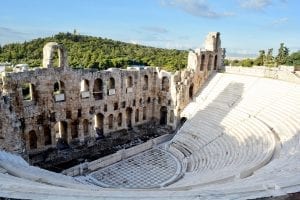 10. What should you spend in Athens?

The Euro is the official currency here.

11. Athens has been a popular city for millennia.

Athens is one of the oldest cities in the world and has been continuously inhabited for around 7,000 years!

Greece welcomed 17,920,000 tourists into the country in 2013, many of whom visited Athens for its ancient history and magnificent buildings. 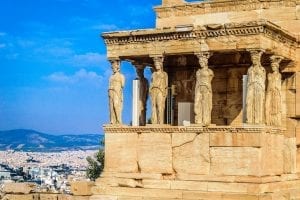 13. Athens is the home of the Modern Olympics.

Whilst the Olympics are named after the ancient Greek games held in Olympia in 776BC, the first modern Olympic Games were actually held in Athens in 1896!

What is Athens best known for?

Athens is famous for its ancient architecture, its many theatre, and for being the home of modern democracy!

Is Athens expensive for tourists?

No – it is believed to be a fairly affordable place to visit, somewhere in the middleground. Save those holiday pennies just in case!

Do they speak English in Athens?

Yes – though Greek is the official language of the capital city, English is commonly spoken due to it being a key school subject for many Athenian children.

Do you know any fun facts about Athens? Share them in the comments below!

Are you fascinated with Greek mythology? Check out these fun facts about the Greek God, Apollo