Benin’s a West African country that was formerly known as Dahomey – and it has a lot of history and interesting culture worth knowing about. Did you know that it was once connected with France? It was referred to as the ‘Slave Coast’ as a result of its pivotal place in the trade process.

Here are some fun facts about Benin you may not already be aware of.

1. What’s the capital of Benin?

You’ll find that the capital city here is Porto-Novo. However, it’s not the country’s biggest city. That honor belongs to Cotonou, and it’s also where the main wing of the Beninese government.

Benin was part of France for a very long time. It was a colony of the French from 1900 to 1958, until the Beninese gained independence. 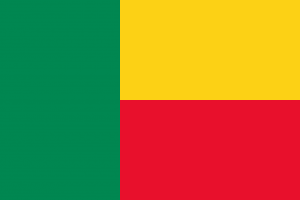 Benin is home to several languages – with both Yoruba and Fon being widely spoken across the nation. These languages are actually indigenous to the country.

Porto-Novo has something of a fraught and controversial history. It was actually set up and developed to help back the slave trade at its height.

Benin’s last slave ship left the country in 1885, bound for Brazil. Thankfully, reform was just around the corner.

In fact, Benin has reformed itself many times. It was a trailblazer in the fact it transformed from dictatorship to democracy within the past 30 years. What a transformation!

There’s a temple in Benin that’s home to 50 snakes – royal pythons, to be exact! This slithery domicile is around 130 square feet large.

Benin depends on all kinds of imports and exports. However, it tends to make much of its money from the cotton trade. 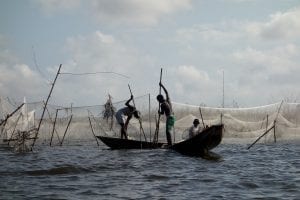 Voodoo is an official religion in Benin – to the extent that 17% of people here follow the practice.

Beninese people enjoy all kinds of sport, however, soccer is seen as the national pastime here.

12. Slavery history is even in the names of the streets.

There’s a road in Benin that connects Ouidah to its beach, where millions of slaves found themselves deported. The road itself is called the Route of Slaves – or, in its local name, the Route des Esclaves. 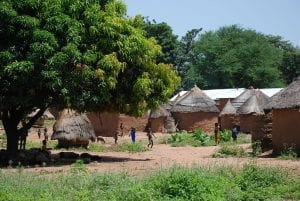 Atakora, a typical village in Benin

The vast majority of Benin is either agriculture or forest. 40% of the total land here is forestry, for example!

14. The flag emphasizes a lot.

Benin’s flag has a lot of meaning. Its green and yellow stripes show off groves and savanna, and a red stripe is indicative of ancestral blood.

The average Beninese person is barely 18 years old, making the country one of the youngest nations on Earth. Just 35% of people in Benin are older than 25. 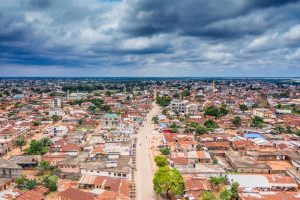 Benin’s people are very friendly and welcoming - but the country has suffered from violent crime, so you will need to be very careful.

Benin is a poor country despite the fact that it has a stable political core. It has struggled with poverty for some time.

What is Benin famous for?

Benin is well-known for its bronze work as well as its wood carvings - there’s a lot of interesting sculpture work out here!

Do you know any fun facts about Benin?  Share them in the comments below!