Learn some interesting facts about the countries of the world, impress your friends and increase your chances at the next pub quiz with these fun facts about Taiwan!

Taiwan is a small island nation in East Asia.

Its nearest countries are China to the west and north west, South Korea and Japan to the north east, Philippines to the south and Vietnam to the south west.

Taiwan is considered by some countries as an independent nation, and by others, a territory of China. Rather peculiar!

Want to call your family or friends in Taiwan? You’ll need to use the international dialing code +886 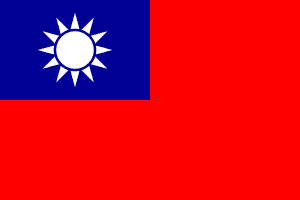 The terrain here is mostly rugged mountains in the east and center, with flat/rolling plains in the west.

8. What’s the capital of Taiwan?

The capital is Taipei City (not to be confused with New Taipei City which surrounds it) which covers an area of 104.9 square miles (271.7 square kilometers) and has a population of 2.646 million (2019). 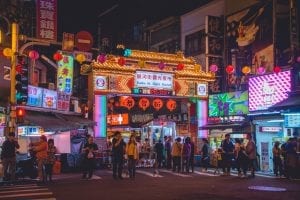 10. The school system is odd, but practical.

In Taiwanese schools, the teachers move from class to class rather than the students to stop lingering in hallways and reduce time!

Unlike in the west, where brides wear white and funeral goers wear black, in Taiwan white is historically worn to a funeral and red at a wedding, although this is slowly changing as the country becomes more westernized.

The residents of Taiwan enjoy a tropical marine climate, with a monsoon season from June to August.

Interestingly, baseball is the national sport of Taiwan!

The official language of Taiwan is Standard Mandarin.

15. Get changing that cash!

New Taiwan Dollar is the official currency here, make sure you take some with you to purchase your Bubble Tea! 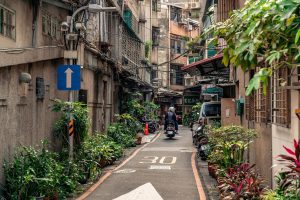 16. Here’s some interesting facts about what Taiwan produces.

Is Taiwan safe to visit?

Generally, yes - Taiwan is pretty safe to vacation in, however, do always make sure to look after your belongings!

You should never point with an index finger! It’s also rude to wink, so don’t give someone a cheeky look!

What are the main religions in Taiwan?

Do you know any fun about Taiwan? Share them in the comments below!