Afghanistan is a fascinating and beautiful country! Sadly, in recent years, it has been marred by violence – but with both a history rich in tradition and an ambitious, modern approach to the future, here are some fun facts about Afghanistan worth remembering.

Afghanistan is a landlocked country, situated at a distance of 300 miles (480 kilometres) from the nearest coast at the Arabian Sea.

2. However, Afghanistan does have plenty of rivers.

Five well known rivers flow through Afghanistan! The longest at 710 miles (1,150 kilometres) is the Helmand River. The others are the Kabul, the Harirud, the Hilmand and the Amu Darya.

3. The country is very well educated! 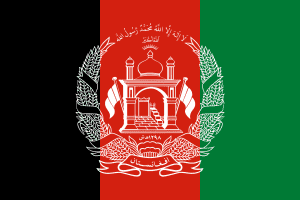 The Flag of Afghanistan

4. There’s hot and cold across the nation.

Afghanistan is a country of fire and ice. In fact, there is ice on top of the mountains and often deep snow! Up to 40 feet depth has been recorded at the peaks.

6. When Afghanistan is hot, it’s HOT.

Summer heat, however, can cause sweltering temperatures up to 122 F! The country is officially known to have a ‘dry continental climate’.

Afghanistan citizens are usually polite and respectful when greeting each other. They often say the words ‘Salam alaikum’ – this translates to ‘Peace be upon you’.To emphasise the sincerity of this greeting, people usually place their right hand on their heart.

8. Watch your step for ankle biters!

Afghanistan is home to 13 dangerous, venomous snakes! Those posing most risk to humans include the famous saw tailed viper. These snakes are experts of camouflage – they have pear shaped heads and bodies featuring a diamond pattern.

9. The national sport is a bit of an eye-opener!

The traditional and famous national sport of Afghanistan is called Buzkashi. It is an aggressive sport played on horseback! Instead of a ball, however – hold onto your stomachs – they use a dead goat! 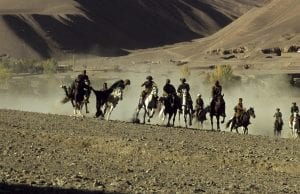 A game of Buzkashi

10. Afghanistan suffers from plenty of earthquakes.

Afghanistan is no stranger to earthquake activity. In November 2021, the country suffered 27 different earthquakes in the space of a week! That’s as a result of large fault lines in the area – they tend to measure from anywhere between 2.0 to 4.0 on the Richter scale – hold onto your hats!

Alcohol is forbidden in Afghanistan – it’s a dry country. As such, you may face harsh discipline and fined if you are spotted buying or drinking it. In some cases, you may face the lashing of a whip!

Education across Afghanistan is generally free – it’s provided by clerics who impart their guidance at mosques across the nation. 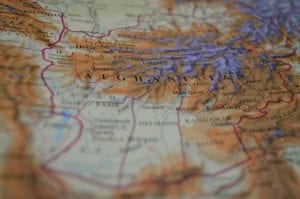 13. What’s the capital of Afghanistan?

Afghanistan’s capital city is Kabul, and it’s here where you’ll find most of the country’s important government buildings.

14. The Kabul Tower is massive!

For a long time, the Kabul Tower, a government and IT building, was the tallest building in Afghanistan. It’s 75m or 246 feet tall.

In 2021, it was recorded that there were around 37.4 million people living in Afghanistan. This was at a reduction from 2020 by around a million. 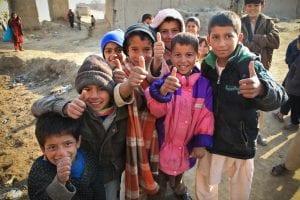 16. Afghanistan is the global liquorice capital!

Yes, believe it or not, Afghanistan is well-known for exporting liquorice worldwide – it’s normally exported in the form of its roots or its sap.

The national fruit of Afghanistan is more or less the pomegranate - there are scores of them growing out here, and they are amazingly juicy!

Is Afghanistan a poor country?

On the whole, Afghanistan is a country that’s affected by poverty. It’s thought that around 80% of the country is ‘poor’.

How does Afghanistan make money?

Do you know any interesting facts about Afghanistan? Share them here in the comments below!

If you want to learn more, check out these interesting facts about Iraq

🇾🇪 A Yaffle* of 16 Fun Facts about Yemen