The perception of tattoos changes with each country, culture, and generation. Some circles value these artistic forms of expression. Others have chosen to reject them for the rebellious attitude they tend to represent.

Regardless of your opinion on the matter, you should still enjoy these indelible, fun facts about tattoos:

Tattoos have been traced back to 3370 BC. The remains of Otzi the iceman were found in the early 1990s. Perfectly preserved using mummification, Otzi’s body had nearly 6 dozen tattoos.

This art form gained prominence in the 18th, 19th and 20th Centuries, during which tattoos became an expensive and exclusive art form that only English and Russian royalty could afford. Tattoos lost their status once they became so cheap that even commoners could afford to acquire them.

2. World leaders with tattoos were commonplace.

Tattoos were once commonplace among the leadership ranks of Europe and the US. A significant number of American presidents had tattoos. The same goes for the heads of Europe, not to mention Winston Churchill whose tattoo was an anchor.

3. Even Barbie got a tattoo.

In 1999, Mattel’s Butterfly Art Barbie became the first commercial toy to feature a tattoo. The toy was criticized by parents who argued that it was a poor influence on children. 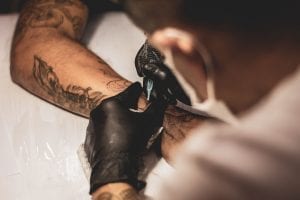 The modern tattoo gun is based on technology that Thomas Edison invented. When Sam O’Reilly finally created the first tattoo machine, Edison took this advancement in technology as an opportunity to tattoo a geometric quincunx on his arm.

17% of those individuals that get tattoos eventually regret them. In many cases, it is because their tattoo is the name of someone else.

6. What’s the most popular tattoo language?

Japanese is the one language people search the most when looking for inspiration for their tattoos.

29% of people in the USA get tattoos because it makes them feel rebellious.

Speaking of tattoos in the US, an astonishing $1.65 billion is spent on the industry every single year!

8. Covering up is an option.

Of those people that don’t like their tattoos, 5% prefer to cover them with other tattoos. This is as opposed to removing them.

100% of Gregory McLaren’s skin is covered with black tattoos. He is the most tattooed human being in the world. Because all his tattoos are black, he intends to cover them with white tattoos, furthering his collection. 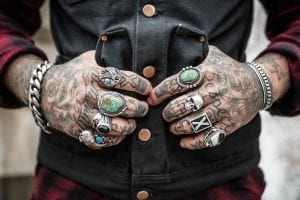 10. Tattoos are illegal in some territories.

Iran, the UAE, and Turkey are the only places in the world where the art of tattooing is outlawed.

Before losing his spot to McLaren, Tom Leppard was the most tattooed person in the world. His entire body is covered with leopard spots.

12. The Japanese mob are tattooed.

Members of the Yakuza have full-body tattoos, some of which have been collected by the Medical Pathology Museum (Tokyo University). 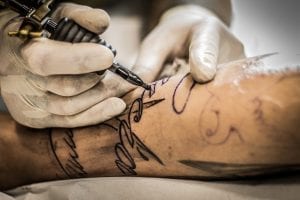 13. Tattoos are very popular in NZ.

While tattoos are stigmatized by society in the UK and the United States, to the Maori people in New Zealand, tattoos are a sacred rite of passage. Native American warriors who showed courage and skill in combat were also rewarded with tattoos.

Tattoos are more common among women than they are in men.

In 2013, a London resident called William Mullane gained some renown when he used his father’s ashes to tattoo a portrait of the man on his body. 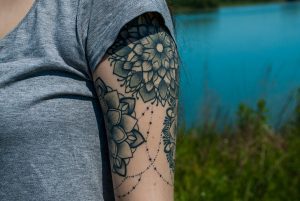 Some cultures use urine to mix tattoo colors.

Angels and hearts are the most popular images used in tattoos.

18. But, are you spelling it correctly?

Despite the prevalence of tattoos, ‘tattoo’ is misspelled more than most other English language words. 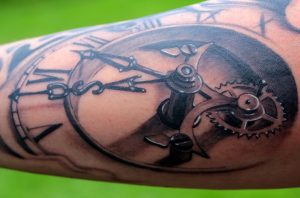 Are tattoos a bad idea?

There are also risks to tattoos - they aren’t a good idea if you have sensitive skin, for example, so make sure to discuss carefully with your artist.

Do tattoos shorten your life?

No - there’s zero evidence to say that tattoos will shorten your lifespan.

Why do tattoos last forever?

Tattoos are permanent simply because the body assumes the drawing is an infection - so it builds a permanent layer of defense to lock in your designs!

Do you know any fun facts about tattoos?  Share them in the comments below.

This page was last modified on October 27, 2021. Suggest an edit