Want to learn a little more about the countries of the world and increase your chance of winning the next geography quiz? Take a look at these fun facts about Switzerland!

1. Many people call the country home.

Switzerland is a mountainous landlocked country in the middle of Europe – There are 208 mountains over 3,000m high. That’s crazy!

3. Switzerland has plenty of neighbors.

On its northern border is Germany, Austria and Liechtenstein are to the east, Italy is to the south and France to the west. 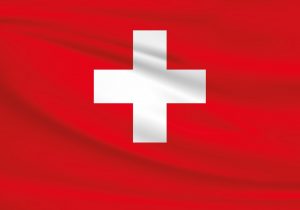 4. How big is Switzerland?

6. What’s the capital of Switzerland?

However, the largest city in Switzerland is Zurich.

The average life span is a staggering 83.6 years! (2017) While Swiss men have the longest life expectancy in the world with an expectancy on average of 85.3 years.

8. Keep your change to hand!

The currency of Switzerland is the Swiss Franc.

In Switzerland, all healthy men aged 19-34 are obligated to complete military service and as part of which, are all issue with pistols or assault rifles to keep at home… 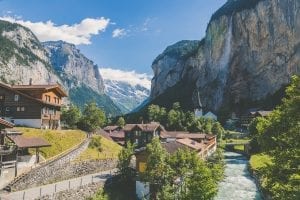 …yet despite the incredible amount of guns in family homes, Switzerland has one of the lowest crime rates in the world!

12. Watches are big business in Switzerland.

There is a long tradition of high quality watchmaking in Switzerland, with many of the world’s top luxury brands based here. In fact, the wristwatch was invented in Switzerland by Patek Phillipe!

13. School days are very different here compared to the US!

School children in Switzerland usually come home to eat with their mothers at lunchtime and are given a couple of hours to do so. What a lovely idea!

14. There are lots of crops grown here.

In Switzerland they grow fruit and vegetables, grains and meat.

The world’s smallest toolbox, the Swiss Army Knife, was invented by Karl Elsener… Did you know Swiss army knives are red so that they can be seen in the snow? 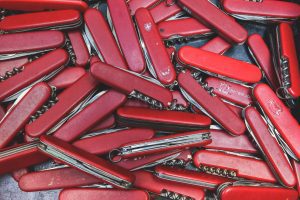 According to the Quality of Life Index conducted by the Economist Intelligence Unit (EIU), Switzerland is the best place in the world to be born!

17. The Swiss love the sweet stuff!

The Swiss eat more chocolate than any other country in the world – they eat an astonishing 11kg per year.

60% of the country’s electricity comes from a hydroelectric power source.

They are also the only country to build an airplane that is powered by solar energy. 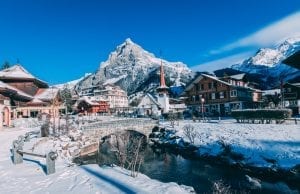 19. Want to become Swiss? Live in the country!

To apply for Swiss Citizenship, you have to live in Switzerland for at least 12 years.

20. The internet is technically Swiss!

21. You’ll want to hide from fallout in Switzerland.

Switzerland’s Sonnenberg Tunnel is the largest nuclear shelter in the world capable of fitting 20,000 people in! 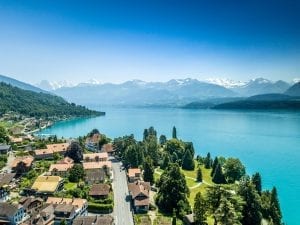 It’s even more prepared in case of a nuclear war… They have enough bunkers to house their entire population.

Want to call family or friends in Switzerland? You’ll need to use the international dialing code +41.

Is Switzerland expensive to visit?

Yes - in fact, it is largely known for being the most expensive tourist region on the planet.

How many people speak English in Switzerland?

It’s thought that up to 45% of all Swiss citizens speak English fluently.

Per capita, Switzerland is regarded as one of the richest countries on the planet - the GDP per person is almost $82,000! That’s nearly $20,000 more per capita than the US.

Do you know any fun facts about Switzerland?  Share them in the comments below!