Do you dream of visiting Hawaii? It’s part of the USA and yet it feels so distant, so alien, so separate. The state attracts millions of visitors from all corners of the world every single year, most of whom are determined to bask in the gorgeous landscape it has to offer.

On the surface, Hawaii looks like many other ideal holiday spots. It isn’t until you look a little deeper that you’ll encounter the following fun facts about Hawaii:

Hawaii is an American state. It is unique for many reasons. No other state consists entirely of islands. Additionally, no other American state is situated in the Pacific Ocean.

The 8th smallest (geographically speaking) and the 13th most densely populated, you have probably heard people call it the Aloha state. That is a nickname. The capital is Honolulu. 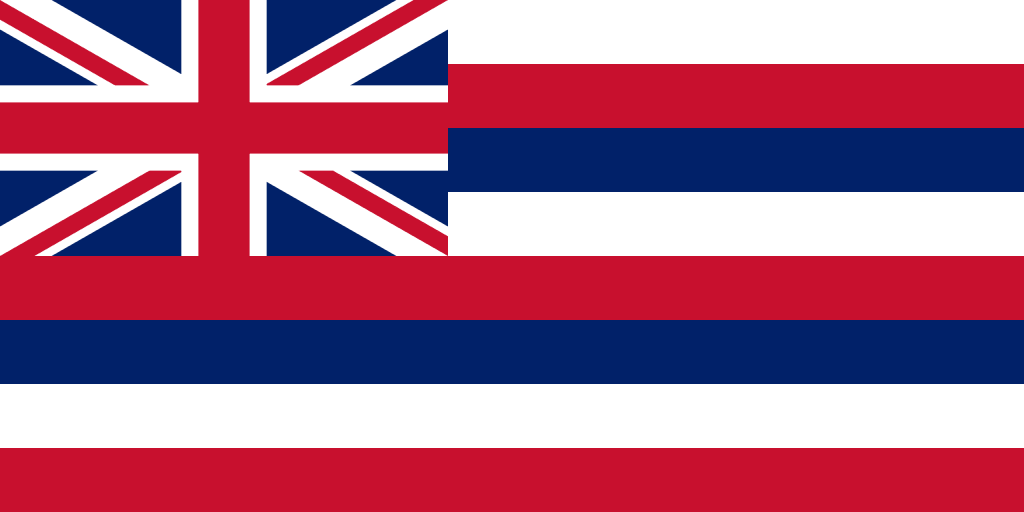 The primary religion is Christianity. The currency is US Dollars. The official languages are English and Hawaiian. The Hawaiian language is difficult for outsiders to grasp because the alphabet has just 12 letters and the consonants are scarce.

Hawaii is made up of 137 individual islands, most of which are uninhabited.

Because of volcanic activity (from the Kilauea Volcano), Hawaii’s landmass (the Big Island specifically) grows by an incredible 42 acres per year.

Geographically speaking, Hawaii is not located in North America. It is the only state of its kind in that regard.

Because it is 2,000 miles from the nearest US mainland, Hawaii is the most isolated population centre in America and indeed, the world.

Not only is Kilauea Volcano responsible for the continuous growth of Hawaii’s Big Island but it is the most active volcano in the world. It hasn’t stopped erupting since 1983.

9.    However, Hawaii is also known for rainfall.

Hawaii has one of the wettest places in the form of Mount Waialeale, which has an annual precipitation of 373 inches.

Its tallest mountain is Mauna Kea. If your measurements include the mountain’s foot on the ocean floor, it stands at 10,203 meters in height. Everest beats Mauna Kea if you only count the height from sea level.

You can’t restrict access to the beaches in Hawaii, not without attracting fines. All beaches in the state are open to the public.

12. Hawaii is the coffee state.

Hawaii grows coffee commercially, the only American state that does so.

13. There’s no slithering in Hawaii!

Hawaii doesn’t have everyday snakes. There is only one type of snake on the islands: the Hawaiian blind snake which is quite tiny. Anyone that attempts to introduce snakes to the state will be heftily fined. Though you can find snakes in zoos and special habitats, they are specifically not common in the wild. 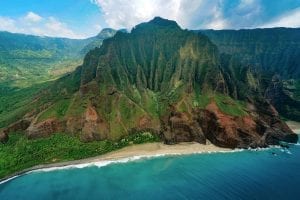 Helicopter view of the Nā Pali coast on the island of Kauai, Hawaii.

14. Hawaii cares about the environment.

The Islands banned plastic bags in 2015, the first American state to do so.

On Kauai, a Hawaiian island, it is against the law to construct a building that is taller than a palm tree.

16. It also has important traditions.

You can’t refuse to wear a lei flower that has been offered to you, not unless you wish to appear rude. 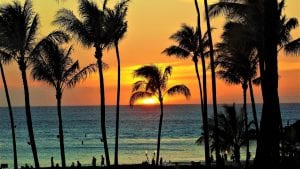 Gambling is illegal, even on ships. The state doesn’t have casinos or lotteries.

19. You can’t advertise on placards, either!

Billboards are banned in Hawaii.

Is Hawaii safe for tourists?

On the whole, yes, but as with any kind of travel, you should be on the lookout for petty theft and more.

Is Hawaii expensive to visit?

On the whole, you can expect Hawaii to be the most costly of the American states to visit. It’s worth it!

How much money should you take for a holiday to Hawaii?

Do you know any interesting or fun facts about Hawaii?  Share them here in the comments below!