Want to learn a little more about the countries of the world? Take a look at these interesting facts about Colombia!

1.    Colombia is a Launchpad for South American Adventures.

Colombia is a beautiful country on the northern tip of South America. It shares a border with Panama to the north-west, Venezuela and Brazil to the east and Ecuador and Peru to the south. 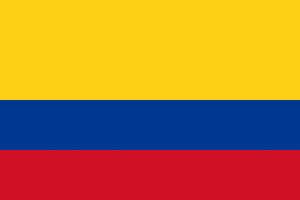 4.    Colombia’s Capital is Just as Crammed.

The terrain here is a mixture of flat coastal lowlands, with highlands and the famous Andes Mountains inland.

It’s the only country in South America to have a coastline along both the Pacific Ocean and Caribbean Sea.

Colombia enjoys a tropical climate along its vast coastline and eastern plains, with the temperature dropping slightly in the highlands further inland. 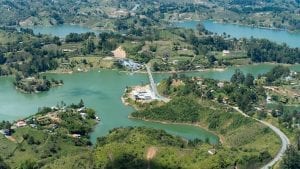 10. Colombia is a Natural Marvel.

Colombia is one of the most biodiverse countries in the world, with 314 types of eco systems!

11. There are Plenty of Winged Beasts in Colombia.

Bird watchers unite! Colombia is home to over 1,900 species of bird!

12. Colombia’s Natural Sights Have to Be Seen.

The world’s most colourful river, Caño Cristales is in Colombia. You really must visit this incredible river to experience the vibrant colours created by its diverse flora and fauna. 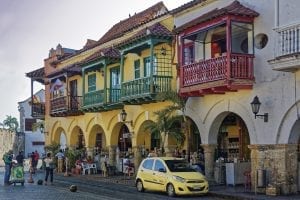 13. Colombia Has Its Own Currency.

When collecting your spending money, remember the currency of Colombia is the Colombian Peso.

Colombia is home to over 300 beaches, meaning you’ll never be short of options to to relax and get a tan!

Even better, Colombia doesn’t have a winter – it’s permanently summer here so pack your sun cream!

Spanish is the official language of Colombia. 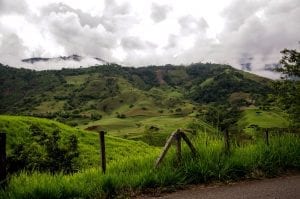 16. Colombia Produces All Kinds of Things.

The international dialling code for this diverse country is +57.

Do you know any fun facts about Colombia?  Share them in the comments below!

Are you fascinated with the countries of South America? Check out these interesting facts about Bolivia