William I of England, better known as William the Conqueror or William the Bastard, despite his difficult childhood, became one of the most influential kings in British history.

He made himself the mightiest noble in France and by conquering England he altered the course of the country’s history. He was a complicated man, and a ruthless warrior, but he was also a gifted ruler and administrator, and a highly religious man.

Why was he considered one of the greatest soldiers and rulers of the Middle Ages? What were his contributions as a leader? To answer these questions and more read these interesting facts about William the Conqueror…

Who was William the Conqueror?

William was the son of Robert I, Duke of Normandy (reigned 1027–1035), and his mistress Herlava of Falaise. Through his mother, William had two half-brothers: Odo, and Robert, who gave him important support later in his career.

2. Robert, the Duke of Normandy

Because Robert had no legal heir, he made his nobles acknowledge William as his heir and swear fealty to the boy. He went on a pilgrimage to the Holy Land from which he would never return, leaving Normandy to be rowed over by the remaining Norman elite.

Robert I died in 1035 while returning from his pilgrimage to Jerusalem and William became duke of Normandy aged seven or eight. It’s a well-known fact that William’s control of Normandy in the early years of his reign was challenged by various nobles and relatives. 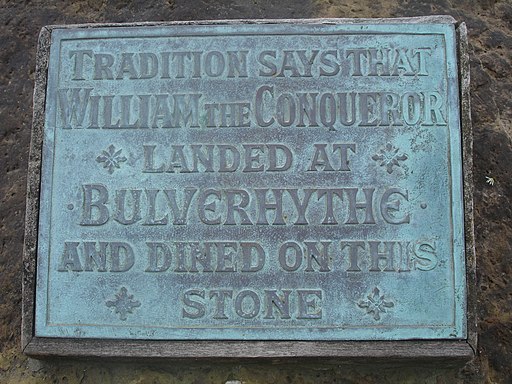 4. Victory to secure the throne

William secured his hold on Normandy with victory at the Battle of Varaville in 1057. Eager for more, William started campaigns against other neighboring rulers to expand his territory.

5. The attack on England

That envisaged expansion included his attack on England in 1066, which culminated with him becoming king of England.

In 1066, on Christmas Day, he was crowned king of England at Westminster Abbey. The nobility and clerics loudly shouted their approval of the king on Coronation Day. William’s Norman guards, surprised by the outburst and believing there was treachery afoot, promptly set fire to surrounding buildings in the city of London. In fact, it’s said that after this day, the London city folk never really trusted the Normans again.

In the 1050s, William married Matilda of Flanders. Women were treated as inferior beings in the medieval period, and their roles were often limited to childbearing. In this regard, a really surprising fact is that Matilda managed to exert a large amount of power and influence throughout her life. Without her, William of Normandy wouldn’t have been able to conquer England while still maintaining control over Normandy. At times Matilda shared the royal authority with William in order to become more than just his spouse and become his ruling equal.

1066 was not William’s first venture into English politics. He was related to King Edward the Confessor of England (reigned 1042–1066) and probably visited England at least once before 1066, in 1051. In fact, this visit was duly recorded in a single version of the Anglo-Saxon Chronicle.

William hosted English nobles at his court in Normandy. The English nobleman Harold Godwinson, who became king of England in 1066 accompanied William on some of his campaigns in northern France. When Edward the Confessor died in January 1066, Harold succeeded him as king of England. Soon afterwards, William began preparing for an invasion.

The Battle of Hastings

When William and his 700 ships landed on the shores of England, he demanded that the Normans set fire to some of his vessels. This gesture was meant to demonstrate to his troops that retreat was not an option.

William gave thanks to God for his victory in England and ordered his troops to do penance for the Englishmen they had killed that day. The Bishops of Normandy ordered the troops to contribute food and money to the poor or to build new churches.

William himself did penance by paying for the building of Battle Abbey on the battlefield site and what’s even more interesting he rebuilt 9 of the 15 existing cathedrals in England! 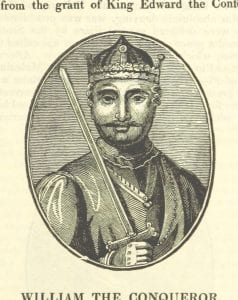 William initially followed the patterns of coinage and the royal government established by previous English monarchs, and he even issued writs in the Old English language.

Several English nobles rebelled against Norman rule in England, among them the earls Eadwine and Morcar, in the late 1060s. William responded to the rebellion by devastating large areas of the north of the country and also by replacing several English bishops from office with his Normans allies.

17. Where did William spend the majority of his time?

From 1072 onwards William spent the majority of his time in Normandy. In the last months of his reign, in Normandy, William fought a counter-offensive in the French Vexin territory against King Philip’s taking-over of the remote Normandy territory.

On Christmas Day 1085, King William ordered a survey to record who owned land and other assets in England to raise taxes to pay for his army. This administrative survey ultimately resulted in the Domesday Book.

19. The division of the state

Before he died, on the 9th of September 1087, William divided his “Anglo-Norman” state between his sons. William bequeathed Normandy as he had promised to his eldest son Robert despite their bitter differences. Robert had taken the side of his father’s enemies in Normandy, and even injured and defeated his father in a battle there in 1079. His son, William Rufus, was to succeed William as King of England, and his youngest son Henry, got 5,000 pounds in silver.

William was buried in the St. Stephen’s abbey he founded in the city of Caen. Dishonored by Huguenots (1562) and Revolutionaries (1793), the funeral place of the first Norman king of England is marked by a simple stone block.

21. William left a deep mark on both Normandy and England

William is one of the most important figures of medieval English history. His determination and good fortune allowed him to survive the anarchy of Normandy in his youth, and gradually transform the duchy into the leading political and military power of northern France. Even though he accepted many Anglo-Saxon institutions and continued with different social and economic trends that had begun before 1066, he truly changed the course of English history by conquering England in 1066!

Do you know any interesting facts about William the Conqueror?  Share them in the comments below!

Are you fascinated with Medieval English history? Check out these facts about the Domesday Book!