There’s lots to explore in this history-rich country, but before you go on your adventures be sure to look through these fun facts about Jordan so you can impress the locals!

1. Where in the world is Jordan?

Jordan is a small country at the crossroads of the Middle East, serving as a strategic nexus connecting Asia, Africa and Europe.

2. Look for this historic country with the right compass details.

The terrain here is mostly desert plateau in the east, with highlands in the west. 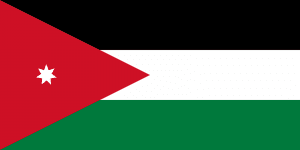 Jordan’s population was 10.2 million in 2020…that’s more than 1.5 times the population of Scotland!

6. What do citizens of Jordan call themselves?

Residents here are known as Jordanians.

7. What’s the capital of Jordan?

8. The seasons really vary out here.

Jordanians enjoy a desert climate in the south and east with hot, dry summers and short, cool winters. The northern and western parts of the country enjoy a Mediterranean climate with a rainy season from November to April.

The city of Petra is one of the 7 wonders of the world; this fascinating city is thought to date back as early as 312 BC and was actually carved out of stone. Unsurprisingly it happens to be one of Jordan’s most popular tourist attractions. 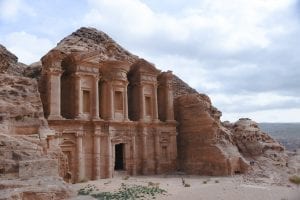 12. What do people speak in Jordan?

The official languages of Jordan are Arabic and English. 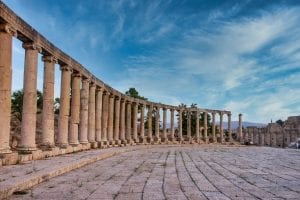 If you’d like to purchase some authentic Dead Sea soap to take home with you, you’ll need to exchange your spending money into Jordanian Dinar – the official currency here.

15. Remember the rule of three!

Oddly, it is deemed polite to refuse a meal three times in Jordan before accepting it! 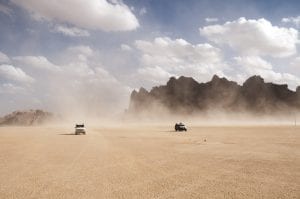 16. What do people produce in Jordan?

What is the country of Jordan famous for?

Jordan is famous for all kinds of things - however, as an ancient land, it is one of the most important historic countries and landscapes you can visit. It’s rich in archaeology and religious history.

Can you drink alcohol while visiting Jordan?

Yes, but only in bars, hotels and behind closed doors. It’s frowned upon to drink in public in Jordan.

Do you have to cover your hair when visiting Jordan?

Jordanian women cover their hair as it is an Islamic country. Visiting women do not have to, but you must do so if you enter a place of worship, such as a mosque.

Do you know any fun facts about Jordan? Share them in the comments below!