Have you recently moved to this mountainous country and now you’re looking to impress the locals with your North Macedonian knowledge? If the answer is yes (or you’d just like to swot up on worldly facts), take a look at these fun facts about North Macedonia.

1. Where is North Macedonia?

It is bordered by Kosovo to the northwest, Serbia to the north, Bulgaria to the east, Greece to the south, and Albania to the west.

2. Here are the compass details.

Would you like to show off North Macedonia’s beautiful landscape and stunning mountains to your friends and family? Tell them to meet you by heading for the coordinates of 41.6000° N, 21.7000° E!

The terrain here is predominantly mountainous with deep basins and valleys. 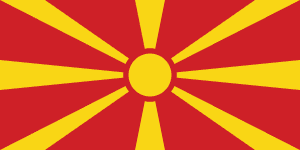 North Macedonia’s population was 2.083 million in 2020…which is around 2/3 of the population of Wales.

6. The water here is UNESCO-rated.

Lake Ohrid is a UNESCO World Heritage Site and is one of the oldest and deepest lakes in Europe! It is believed to be 4 million years old, 940ft deep and contain around 200 endemic species!

7. What is the capital of North Macedonia?

8. It runs hot and cold in North Macedonia.

North Macedonians enjoy warm and dry summers, whilst their winters are relatively cold with heavy snowfall.

9. Looking to speak the local lingo? 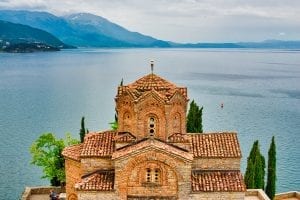 Since becoming independent in 1991, North Macedonia has actually had two flags! The flag created after independence featured a symbol found on ancient tombstones that were discovered in ‘Greek North Macedonia’ and thus Greece claimed they owned the copyright to the use of the symbol. In order to restart trade with Greece, North North Macedonia removed the symbol from their flag. 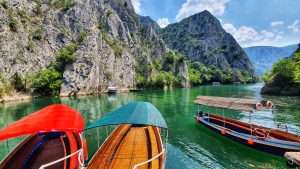 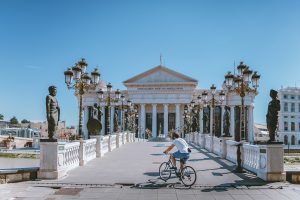 When did Macedonia become North Macedonia?

The country officially changed its name in 2019, when it ceased to be known as the Republic of Macedonia, or FYR Macedonia.

When was North Macedonia founded?

North Macedonia was founded all the way back in 808 BC - by Caranus.

What’s a similar language to Macedonian?

It’s thought that Bulgarian is very similar to Macedonian in many ways!

Do you know any fun facts about Macedonia? Share them in the comments below!

This page was last modified on February 9, 2022. Suggest an edit