If you’re a football fan, probably the first thing that pops into your mind when you think of Portugal is Cristiano Ronaldo! But, if you enjoy a glass of wine then you’ll imagine a bottle of Port Wine.Portugal can fulfill every visitor’s dreams and desires.

It’s a special country full of character, rich history, and traditions all shaped and ready to welcome millions of tourists worldwide. With its colorful cities, picture-perfect villages, and nearly 500 miles of scenic coastline, it’s quite understandable why so many tourists are drawn to the country. Sit back and enjoy these 28 fun facts about Portugal…

1.    You can find Portugal pretty easily.

Portugal is a major tourist destination in Southern Europe. It is bordered only by Spain to the north and east. It also has a coastline along the Gulf of Cadiz to the south and the Atlantic Ocean to the west.

2.    Portugal has a varied topography.

The terrain here is mostly mountainous in the north, whilst the south features lovely rolling plains.

This makes Portugal’s population equal to 0.13% of the total world population. 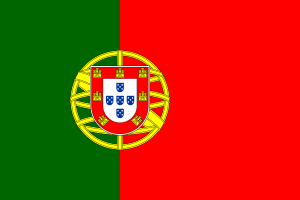 4.    Portugal is serious about security.

In 2008 Portugal became the first country in the world to make it compulsory for its citizens to have fingerprints on their ID cards.

7.    Portugal is an ancient country.

Founded in 1143, Portugal is one of the oldest nations in Europe!

One of the most powerful earthquakes in European history struck Lisbon on the 1st of November, 1755. The quake was followed by a tsunami and fires that left the city in ruins.

9.    Portugal has close ties to Blighty.

The oldest diplomatic alliance in the world exists between Portugal and England. Signed in 1373, the Anglo-Portuguese Alliance is still together to this day. 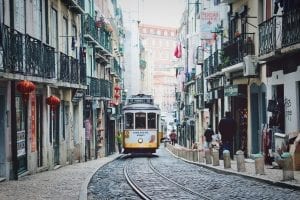 10. The Portuguese love to explore.

In the 15th and 16th centuries, Portugal was at the lead of European exploration.

Some of the world’s first explorers, such as Ferdinand Magellan who circled the globe, Vasco de Gama who found the sea route to India, and Bartholomew Diaz who was the first to sail around the southern tip of Africa, were born in Portugal.

11. Portugal ‘discovered’ Japan before the rest of Europe.

The first Europeans to reach Japan were the Portuguese in the 16th century, leaving their linguistic mark in Asia.

12. Portugal had monarchy until the 20th Century.

Alfonso I Henriques, the first king of Portugal, came to rule in 1143 and the country remained a kingdom for the next 800 years up until 1910 when it became a republic. 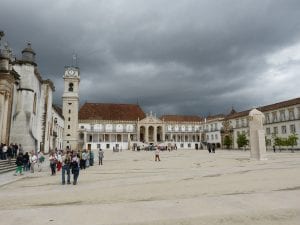 Once half of the “New World” belonged to Portugal.

The Treaty of Tordesillas basically gave Portugal the eastern half of the “New Word”, which included Brazil, Africa, and Asia.

14. Portugal is a university country.

The University of Coimbra was established by Portuguese academics in 1290, making it one of the oldest universities in the world.

The Portuguese enjoy a maritime temperate climate, with the north generally cool and rainy whilst the south is warmer and drier. 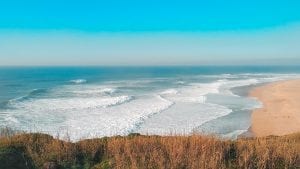 16. Portugal is a musical leader.

Fado is a Portuguese music genre that started in urban Lisbon sometime before 1820.

Fado is a sad and heart-touching style of folk music typically sung by common people and passed on through generations.

Portuguese shoes walk the world and parade at some of the biggest stages. Rihanna’s shoe assortment for her River Island collection was produced in Portugal. The royal sister, Pippa Middleton, and her mother, both wore Portuguese made shoes for the royal wedding.

The Portuguese footwear industry with its stylishness is signified as the sexiest industry in Europe.

18. Portugal is perfect for watersports.

A surfer’s paradise, it is often said that Portugal boasts 364 days a year of surf!

Some of the largest and best waves in the world can be seen off the coast of Portugal, at Nazaré. 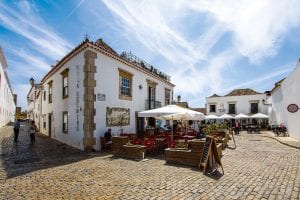 Don’t forget to pack your scuba gear – Portugal is home to the largest artificial underwater park and reef in Europe, the Ocean Revival Underwater Park.

20. The Portuguese love a kickabout.

Football is the most popular sport in Portugal, and has a long history in the country.

English merchants and Portuguese students arriving back home from studying in England introduced football to Portugal, back in 1875.

21. Portugal is a nation of fish lovers.

Apparently, the Portuguese eat more fish and shellfish per capita than any other nation!

More than half of the world’s cork is grown here!

In fact, Portugal is the biggest producer of cork products in the world. 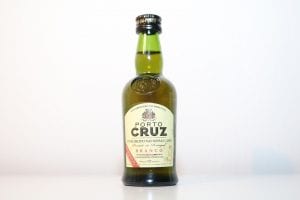 24. Portugal has an amazingly tiny library.

One of the world’s smallest bookshops is located in Lisbon – at a mere 3.8 square meters the shop owner often has to stand outside when customers come in! Despite its small stature this Tardis of a bookshop is said to boast around 4,000 books!

25. Portugal is serious about books.

Founded in 1732, Bertrand in Lisbon is the oldest operating bookstore in the world.

The original Bertrand bookstore was destroyed in an earthquake in 1755, but was rebuilt in its current location in 1773. 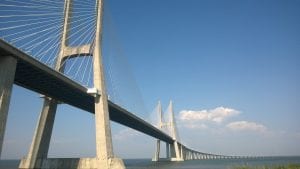 At an incredible 10.6 miles (17.2 km) long, the Vasco da Gama bridge in Lisbon is the longest bridge in Europe!

Portugal also boasts the first ever commercial wave farm, which uses the power of the Atlantic Ocean to harvest electricity!

28. Portugal grows plenty of things – and trades in them, too! 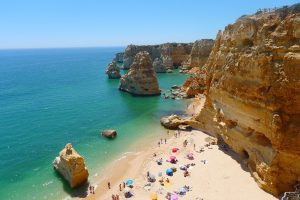 Is Portugal safe to visit and live in?

Yes, incredibly so! It’s actually known as one of the absolute safest countries to live in - however, as with most countries, petty crime can still be an issue.

Why is Portugal regarded as such a safe country?

It’s to do with their good relationships with neighboring territories, and the fact that - on the whole - their political system tends to be fairly stable.

Is there anything bad about living in Portugal?

Beyond the sweltering heat - bad for anyone who doesn’t cope well in the sun - the most difficult part to living in Portugal is learning the language. It’s said to be very tricky to pick up in an emergency.

Do you know any fun facts about Portugal? Share them in the comments below!