Is your local knowledge spot on or do you need a refresher? Take a look through our fun facts about Romania and learn something new today!

Home to Dracula(!), Romania is a beautiful country in Central Europe.

2. Here’s what to tell your compass.

Are your friends’ fans of the Dracula stories or do they love trekking through wonderful scenery? Tell them to head for the coordinates of 44.4167° N, 26.1000° E and join you in a Romanian adventure!

The terrain here is an incredible mix of mountains and forests, with a central basin. 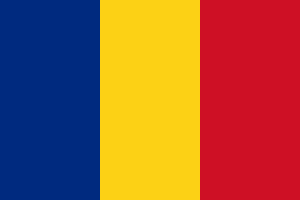 4. It’s about the same size as Britain.

The total land area of Romania is 92,043 square miles (238,391 square kilometers)…that’s around the same as the entire area of the UK.

5. However, it’s much more sparse.

Romania’s population was 19.29 million in 2020…that’s around one-third of the population of England!

6. What is the capital of Romania?

Did you know that the Romanian Palace of Parliament in Bucharest is the largest parliamentary building in the world?

Timisoara was the first mainland European city to be lit by electric street lights in 1884! 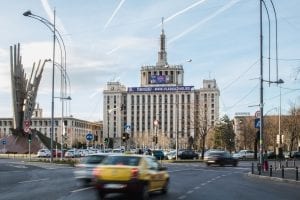 10. The climate is nice and predictable.

The official language of Romania is… Romanian! Although Hungarian and German are also spoken here.

12. Romania is well-known for its wine.

Romania is apparently the 9th largest wine producer in the world! 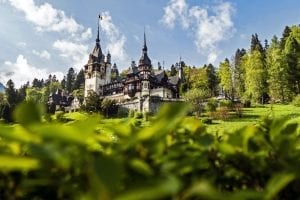 Romanian Leu is the currency you’ll need to sample the local wine.

14. The fountain pen is a Romanian invention.

The invention of the fountain pen is credited to Petrache Poenaru, a Romanian-born inventor, don’t cha know?

The Palace of the Parliament, Bucharest

16. Here are some facts about the Romanian industry.

Is Romania safe for me to visit?

On the whole, yes. Much as you’d expect from any country, however, Romania does suffer from some petty crime. So - be careful!

Is it cheap to live in Romania?

Generally, it’s quite affordable. Even out in Bucharest, you can live comfortably for less than $600 per month.

Can I buy and own land in Romania?

Only if you are a citizen of the European Union!

Do you know any fun facts about Romania?  Share them in the comments below!