If you’re looking to move to this pretty country or you’re simply going on holiday here, take a look at these fun facts about Slovenia before you go!

Slovenia is a mountainous country in Central Europe.

2. Slovenia used to be part of Yugoslavia.

Once a part of the former Yugoslavia, Slovenia gained independence in 1991.

3. It’s bordered by other ex-Yugoslavian states. 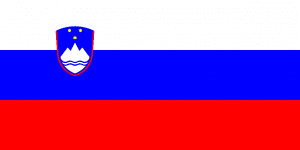 4. It’s possible to sail to Slovenia.

If you’re looking to relocate to this beautiful country, you could always sail here in your boat through the Adriatic Sea! You’ll need the coordinates 46.0500° N, 14.5000°

5. There are caves as well as mountains.

The terrain here is mountainous in the north and east, whilst in the southwest you’ll come across the Karst Plateau (a name particular to this part of Slovenia), a limestone region featuring underground gorges, caves and rivers!

In fact, there are more than 10,000 caves in Slovenia; we wonder if there are any undiscovered fossils or prehistoric remains waiting to be found?

Did you know that more than 60% of Slovenia is forest?

Thanks to the vast forests, Slovenia is home to brown bears, lynx, wolves and many other wild animals!

7. Wales and Slovenia have something in common.

The total land area of Slovenia is 7,827 square miles (20,273 square kilometers)…that’s around the same size as Wales.

8. However, it’s less dense than the Land of the Dragon.

9. What is the capital of Slovenia? 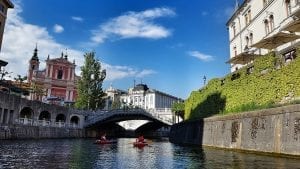 10. The weather here is generally lovely.

Slovenians enjoy a Mediterranean climate on the coast and a continental climate throughout the rest of the country.

12. What do people speak in Slovenia?

The official language of Slovenia is Slovenian. Other languages including Hungarian and Italian are also spoken here. 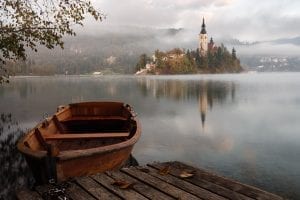 13. Time to change up those pennies.

As part of the European Union, Euro is the official currency of Slovenia.

15. What’s grown in and exported from Slovenia? 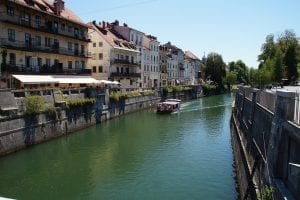 Is Slovenia safe to visit?

On the whole, Slovenia is certainly considered safe to visit, though do be careful with petty incidents as always.

Generally, Slovenia is expensive to live in and visit when comparing other ex-Yugoslavian states, though it’s considered cheaper than Switzerland and much of Italy.

Is it safe to drink tap water in Slovenia?

Yes! The tap water in Slovenia is perfectly safe and clean for you to drink.

Do you know any fun facts about Slovenia? Share them in the comments below!