Have you always wanted to explore Central America? Take a look at these 15 fun facts about Belize, a beautiful country rich with jungle, pyramids and Caribbean shorelines…

1. Where on Earth is Belize?

Belize is a stunning country in Central America, packed with beautiful beaches and incredible wildlife.

It is bordered by Mexico to the north and Guatemala to the west and south. It also has a coastline along the Caribbean Sea to the east.

Fancy sipping a few cocktails on a picturesque sandy beach? Head for the coordinates 17.2500° N, 88.7667° W to find yourself in the wonderful land of Belize!

3. The terrain here really does vary. 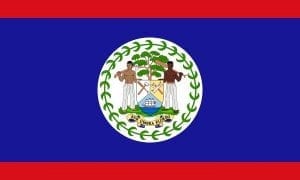 5. However, there’s lots of room to roam.

Belize’s population was only 397,621 in 2020…that’s around 1/10th the Welsh population!
That also makes it one of the least densely populated countries in the world!

6. What are people from Belize called?

Residents here are known as Belizeans.

7. What is the capital of Belize?

8. Plan your holidays around the weather!

Belizeans enjoy a tropical climate with a dry season from February to May, whilst the rainy season runs from May to November. 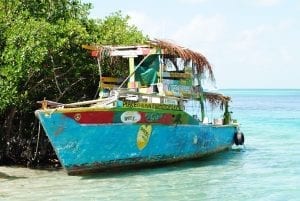 Did you know, the tallest building in Belize is actually a Mayan temple? Standing at 143 feet tall, this ancient pyramid was created around 1200BC!

Belize boasts part of the Mesoamerican Reef, the second largest barrier reef in the world! This incredible natural wonder is considered one of the best scuba sites in the world thanks to the beauty of the reefs and the varied wildlife that lives there.

It is the only country in Central America to have English as its official language!

The official language of Belize is English, although Spanish and Creole are also spoken here. 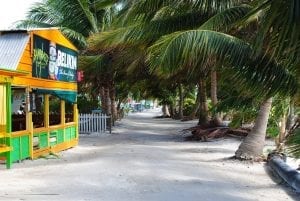 13. What to exchange your money into: 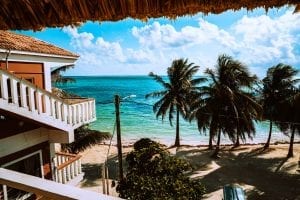 Belize is considered a medium-risk zone at the time of writing, as it can still suffer from violent crime.

Can you drink the water in Belize?

Generally, it’s advisable you only drink filtered or even bottle water in Belize for health nd safety reasons.

When is Belize at its coldest?

Belize is normally coldest in January, when temperatures plummet to a ‘very chilly’ 82 degrees Farenheit (28 C)!!

Do you know any fun or fun facts about Belize?  Share them in the comments below!