Whether you hail from this stunning country or you’re thinking about visiting Bruges, brush up on your local knowledge with these 19 fun facts about Belgium.

Belgium is a small country in Western Europe. It shares a border with Netherlands to the north, Germany to the east, Luxembourg to the southeast, and France to the south and west. It also has a coastline along the North Sea to the northwest.

2.    Belgium is likely larger than you think.

Want to call family or friends in Belgium?  You’ll need to use the international dialling code +32. 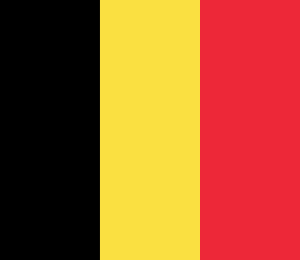 6.    Belgium has a gentle landscape.

The terrain here is mostly flat coastal plains in the northwest, with central rolling hills and the beautiful hills and mountains in the Ardennes Forest in the southeast.

Because Belgium’s motorway network is very well lit, it is apparently visible from the Moon at night!

Belgium enjoys a temperate climate with mild winters and cool summers – very similar to the UK! 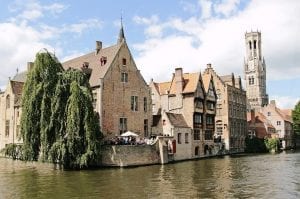 10. Belgium is the chocolate capital of Europe.

Well known for its silky smooth chocolate, Belgium produces around 220,000 tonnes of the delicious treat each year! Yum! In fact, chocolate production started in Belgium in 1635!

11. Fine dining in Belgium is a must!

Food lovers will also be pleased to hear that Belgium has a greater density of Michelin starred restaurants than any other country in Europe!

12. Belgium is well-known for its castles and forts.

Romanticists and historians alike will be pleased to know that there are more castles in Belgium per square kilometre than anywhere else in the world! Amazing! 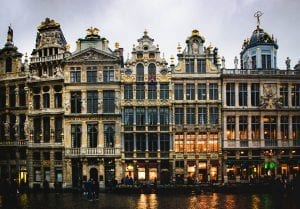 Voting is actually compulsory in Belgium and this law is enforced!

14. Belgium is also well-known for its beer.

If you’re a fan of a good pint of beer you’ll be spoilt for choice in Belgium – this small country boasts more than 800 different beers! 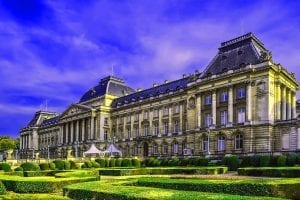 16. What’s the official currency of Belgium?

With Brussels hosting the headquarters of the EU, it’s unsurprising that the official currency of Belgium is the Euro.

Due to its small size, Belgium has adopted the languages of its neighbours. Dependant on the region you’re in, you’ll find people speaking in French, German or Dutch, all of which are official languages.

18. Belgium grows all kinds of crops.

19. The country has a diverse industry, too!

Do you know any fun facts about Belgium that?  Share them in the comments below!