Looking to boost your knowledge of the Middle East and improve your chances of winning the next geography quiz? Check out these 17 fun facts about Bahrain!

1. Bahrain is technically an island group.

Consisting of 33 islands, Bahrain is an archipelago in the Persian Gulf.

3. Grab yourself a compass. 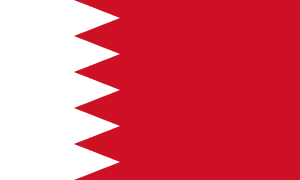 5. It’s smaller than you think.

The total land area of Bahrain is just 277 square miles (717 square kilometers)…that’s around one fifth of the size of Cornwall!

Bahrain’s population was 1.702 million in 2020…almost triple the population of Cornwall, making it a very densely populated country!

Not only are there fresh water wells in Bahrain, but it has also been known for fresh water to bubble up in the middle of the salt water!

8. What is the capital of Bahrain?

Bahrainis enjoy an arid climate with mild winters and very hot, humid summers where the temperature can reach nearly 50°C! 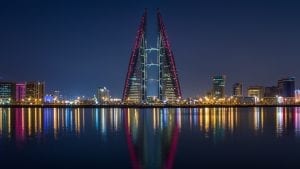 The Bahrain World Trade Centre is the world’s first skyscraper to include wind turbines in its design!

The official language of Bahrain is Arabic, although English, Farsi and Urdu are also spoken here.

If you’re visiting friends or family here, you’ll need to exchange your money into Bahraini Dinar; the official currency here. 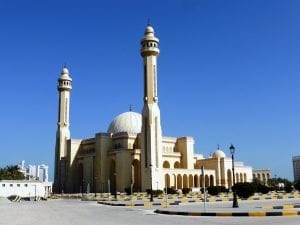 One of many tourism hotspots in Bahrain is the ‘Tree of life’, a 400 year old tree that grows in the desert with no apparent water source or other local vegetation – amazing!

15. There are weirder records!

In 2006, Bahrain entered the Guinness Book of Records for the largest Mortar Board at an incredible 6x6m! 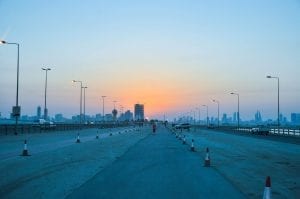 Bahrain has hosted a Formula One Grand Prix 15 times. In 2014 it was held at night under floodlights for the first time!

17. Here are some interesting facts about produce and industry in Bahrain.

Is it a crime to live unmarried in Bahrain?

It is against the law to live together as a couple while unmarried in Bahrain.

Is alcohol legal in Bahrain?

Yes, it is legal to buy alcohol in Bahrain, and the country has some of the most relaxed alcohol rules in the region.

Is crime low in Bahrain?

Bahrain’s crime levels are relatively low. However, that doesn’t mean you shouldn’t be on your guard - always keep an eye on your possessions!

Do you know any fun facts about Bahrain? Share them in the comments below!