Looking to increase your knowledge of the world, and your chances of winning the next pub quiz? Start by swotting up on these fun facts about Bermuda!

Bermuda is a British Overseas Territory and archipelago in the North Atlantic Ocean.

Its nearest neighbors are Canada to the north, the British Virgin Islands, Puerto Rico, Dominican Republic, Turks and Caicos Islands, and The Bahamas to the south and USA to the west.

If you fancy a spot of snorkeling, or long to feel the sand between your toes whilst enjoying the beautiful sunshine, head for the coordinates of 32.3000° N, 64.7833° W for your very own Bermudian adventure! 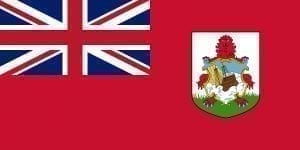 The terrain here is dominated by low hills and fertile depressions.

Bermuda’s population was 63,903 in 2020 – that’s around half the population of the Isle of Wight. Residents here are known as Bermudians.

Bermudians enjoy a subtropical climate with mild and humid weather all year round, and strong winds during the winter.

9.    Bermuda is a true snorkeling paradise.

Did you know that you are able to snorkel in the crystal clear waters surrounding Bermuda for up to 7 miles offshore? There’s lots of stunning coral to explore; it is even possible to see up to 100 feet towards the sea bed where the coral meets the Atlantic ocean! 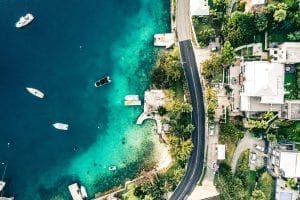 Thanks to the lack of freshwater rivers and wells, Bermudians actually harvest rainwater which is filtered before drinking!

The Bermuda Triangle is a treacherous expanse where it is claimed many ships and planes have allegedly disappeared in extraordinary circumstances… fascinating!

The official language of Bermuda is English. Nice and easy! 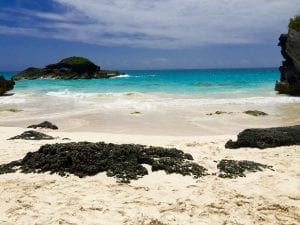 In Bermuda, it’s common for families to congregate on Good Friday to fly homemade kites.

15. Bermuda is clear on exchange rates.

Bermudian Dollar is the official currency here and it’s set at the same rate as the US Dollar. 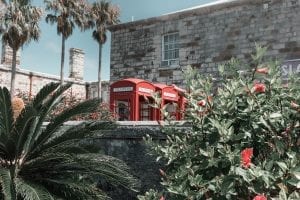 The average life span here is a very healthy 81 years.

Its industry consists of international business, tourism, and light manufacturing.

The main exports include re-exports of pharmaceuticals.

Is it safe for me to visit Bermuda?

Generally, yes - the crime rate in Bermuda is pretty low, especially compared to that of the US - you’re good to go.

Is Bermuda part of the USA?

No - in fact, it’s actually its own country, though designated a British Overseas Territory.

Is it safe to drink the water in Bermuda?

On the whole, it’s safe to drink the water in Bermuda, but bring a filter just in case!

Do you know any fun facts about Bermuda?  Share them in the comments below!