If you’re lucky enough to be moving to the Himalayas or you have friends or family that live on the shores of the Ganges, take a look at these 16 fun facts about Nepal and impress the locals with your extensive knowledge!

Nepal is a landlocked country in South Asia.

It is bordered by China to the north and India to the east, south and west.

To land yourself in the mystical beauty of the Himalayas or the broad plains of the Ganges, head for the coordinates 26.5333° N, 86.7333°

The terrain here features the stunning flat river plains of the Ganges in the south; the center of the country is hilly, whilst the north boasts the rugged Himalayan mountains! 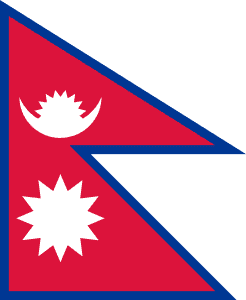 5. But at the same time, Nepal is relatively sparse.

6. What do Nepal residents call themselves?

Although there is no official name for residents of Nepal, they are known as either Nepali (both singular and plural) or Nepalese.

7. What’s the capital of Nepal?

8. The climate across Nepal really varies!

The Nepalese enjoy subtropical summers and mild winters in the south, whilst the north of the country experiences cool summers and severe winters!

9. There’s a record-holder in the ranks. 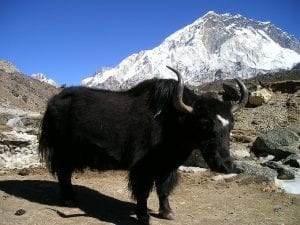 It’s possible to witness a plethora of wildlife in Nepal, including the Asiatic Rhino, Sloth Bear, Barking Deer, Spotted Deer, Crocodile, Sambar Deer, Leopards, Tigers and over 800 species of birdlife!

11. You can speak English freely in Nepal.

The official languages of Nepal are Nepali and English, although a total of 123 languages are spoken in this majestic country!

12. What should you change your cash into? 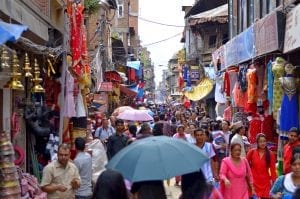 The Nepalese flag is the only flag in the world that isn’t quadrilateral (meaning it’s not a rectangle)!

Since 1815 Nepalese Gurkha soldiers have been an integral part of the British Army! 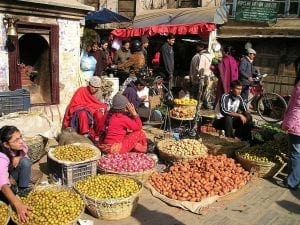 Its industry consists of tourism, textiles, carpets, jute, sugar, rice, cigarettes and the production of cement and bricks.

Is Nepal safe to travel to?

Nepal generally finishes middle in terms of country ‘safety lists’, but that’s not to do with crime - it’s prone to natural disasters and mountaineering accidents. Tread carefully!

What is Nepal known for?

As well as for its famous mountains and adventure potential, Nepal has grown popular in recent years for its fantastic outdoor sports opportunities - skydiving off Mount Everest, for example, is entirely possible!

What’s the most famous food from Nepal?

Nepal is perhaps best known for a lentil soup dish, which is served alongside a type of regional curry - it’s a really filling meal, and it’s called dal bhat.

Do you know any fun facts about Nepal? Share them in the comments below!