This beautiful country is a favorite romantic destination for honeymooners, lovers and those looking to simply relax in coral-fringed surroundings.  Before you head off to this wonderful country, boost your local knowledge with these 17 fun facts about French Polynesia!

1. Where is French Polynesia?

French Polynesia is a French overseas territory and archipelago in the South Pacific Ocean.

2. How big is the territory?

It consists of 118 islands and atolls (including Tahiti and Bora Bora), 67 of which are inhabited.

It is bordered by Kiribati and Hawaii to the north, Pitcairn Islands to the east and Cook Islands, Tonga, Niue, American Samoa, Wallis and Futuna, Tokelau and Tuvalu to the west.

3. Need to find it with a compass? 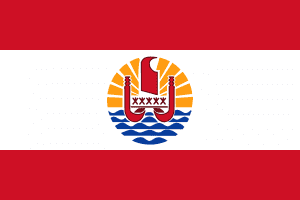 4. The terrain really does differ.

The terrain here is mixed throughout the different islands. Some are low-lying with stunning reefs, whilst others are higher and more rugged.

The total land area of French Polynesia is 1,477 square miles (3,827 square kilometers)… that’s around twice the size of West Sussex.

6. However, not many people live here.

French Polynesia’s population was 279,287 in 2019…that’s less than half the population of West Sussex!

7. What are the locals called?

8. What’s the capital of French Polynesia?

French Polynesians enjoy a tropical climate with warm weather all year round and a rainy season from December to February. 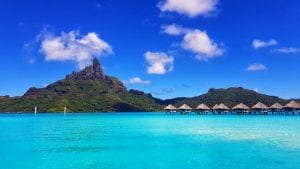 If you’re not a fan of reptiles or creepy crawlies, you’ll be pleased to know that there are no poisonous snakes or insects in French Polynesia!

11. It has a lot to offer the landscape.

The picturesque and iconic over-water bungalows that you see in many holiday brochures are thought to have been invented in French Polynesia!

The official languages of French Polynesia are French and Polynesian (consisting of various languages specific to individual islands)! 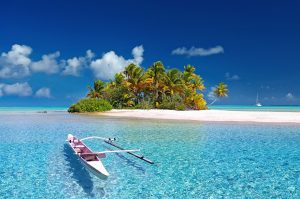 Another paradise island in French Polynesia

14. You can live long and prosper here.

Putting a Taire (the national flower of Tahiti) behind your ear reveals more about you than you might think! It is used as a symbol of your relationship status; if it’s behind your left ear you’re taken, behind your right and you’re single! 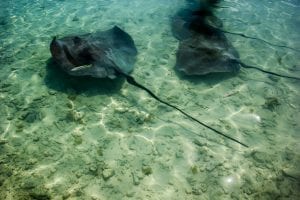 Know someone lucky enough to be staying in French Polynesia? You’ll need the International dialing code of +689 to call them. 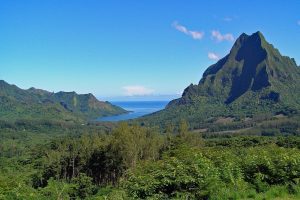 Is French Polynesia safe to visit?

On the whole, yes. It is known for being fairly low on crime.

Is French Polynesia part of France?

French Polynesia is designated as a French overseas territory, and it has been that way since the 1940s.

Can I drink the water in French Polynesia?

You can - however, you may find that it has a slightly saltier taste than what you may be used to!

Do you know any fun facts about French Polynesia?  Share them in the comments below!

This page was last modified on October 29, 2021. Suggest an edit