South Korea is an increasingly popular country with tourists from all over the world! They’re taking over the pop charts with K-Pop music, and they’ve made their mark on multiple Olympic Games. The stunning city of Seoul alone is well worth visiting alone!

South Korea, also known as the Republic, is a rapidly-growing country which, despite its occasional tensions with North Korea, is absolutely thriving. Here are some fun facts about South Korea that might just surprise you.

South Korea accounts for around 45% of Korea, total, so it’s nearly a 50% split North and South.

2. A fifth of Koreans in the South live in Seoul.

Nearly 52 million people live in South Korea – but did you know that around 20% of the country lives in Seoul, the capital city? It’s absolutely heaving!

3. What do South Korea and England have in common?

South Korea and England are similar in size geographically, but South Korea certainly has more people – and who would ever call England sparse? 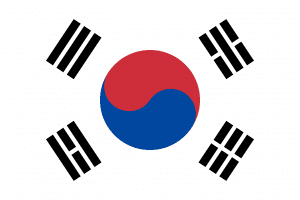 4. Who caused the divide?

It was the US and Russia who split Korea in half, with the USSR taking control of the North for a stint. The whole area used to be ruled by Japan, who seized it from being independent in the 1900s.

6. Much of South Korea is built-up.

However, oddly enough, they also enjoy eating canned ham or pork, known as spam – it gets a bit of derision in the UK, but it’s one of the most popular foodstuffs across South Korea. Weird but true!

South Koreans reportedly consume more alcohol than anyone else in Asia. They crack the top 20 worldwide, too! 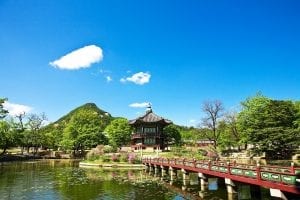 South Korea also reportedly has more internet users than anywhere else on the planet. Only 8% of people in the country lack a connection to the web!

11. We doubt Microsoft saw a problem!

Believe it or not, it was against the law to use any other browser than Internet Explorer for web shopping and banking in the country!

12. Careful with that red pen…

South Koreans have a handful of superstitions. For example, writing anything in red ink – particularly someone’s name – is an omen of death. The same applies to the number ‘4’ – you’ll never see the digit anywhere in South Korea – instead, it’s written out, if it has to be. 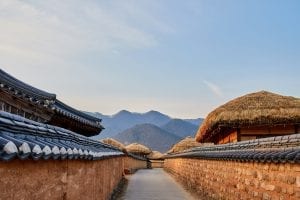 The word ‘four’ in Korean actually means ‘death’ – so there’s a clear reason why people here aren’t so keen on using it – can you really blame them?

Christmas in South Korea is generally celebrated between couples. Family time for South Koreans comes around at new year – better hold onto the presents, then! 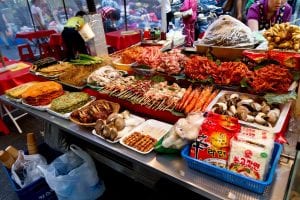 Is South Korea safe to visit?

Yes - it is actually a very safe country to travel to thanks to its low crime rate - violent crime is very limited.

What is South Korea best known for?

Right now, it’s best known for its globe-conquering boyband, BTS, and its Netflix-smashing TV superhit Squid Game. However, it’s also famous for its many temples, its Summer and Winter Olympic Games, its technology and its cosmetic surgery!

Is it expensive to live in South Korea?

South Korea can be quite expensive to live in, especially in Seoul itself - however, the country is well-known for its fair wages, particularly for teachers!

Do you know any fun facts about South Korea?  Share them in the comments below!