Croatia is one of Europe’s most beautiful coastal countries. It’s easy to fall in love with its coast and the Adriatic’s intoxicating blue color.

And let’s not forget Croatia’s cultural and natural heritage, incredible food and wine, and dreamy landscapes.. Here are 40 fun facts about Croatia to learn before packing your bags and heading off to the Dalmatian Coast.

Croatia is a small, beautiful country in southeastern Europe.

It is bordered by Hungary to the north, Bosnia and Herzegovina and Serbia to the east, Montenegro to the south and Slovenia to the west. It also has a coastline along the Adriatic Sea to the south.

2. There’s islands as far as the eye can see.

Croatia has more than 1,200 islands, islets, and crags off the coast of the mainland. However, only 48 are inhabited. Hvar and Korcula receive the most visitors of all the islands.

The largest island in Croatia is Krk, with a surface area of 405.78 square meters. Croatia also has a heart-shaped island, Galešnjak, which is also known as the Island of Love or Lover’s Island.

3. Check out the compass co-ordinates. 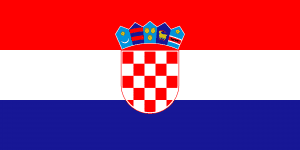 4. Croatia has plenty of ups, downs and plateaus.

The terrain here is diverse, with flat plains in the north and low mountains and highlands to the south.

The total land area of Croatia is 21,831 square miles (56,542 square kilometers)…that’s more than twice the size of Wales.

6. What’s the capital of Croatia?

7. The weather is nice and predictable.

8. Is this the smallest town on Earth?

Croatia is said to be home to the smallest town in the world; with a population of just 17, the tiny and ancient town of Hum was first mentioned in documents in 1102AD!

9. Ever seen a beach that could change color?

Zlatni Rat beach on the island of Brac is famous for its changing shape and color, which is dependent on the wind – amazing! 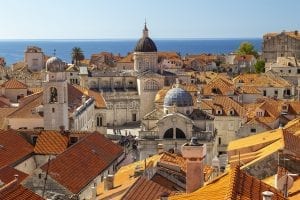 More than 10% of the land in Croatia is made up of nature parks and reserves!
Vinkovci in eastern Croatia is one of the oldest towns in Europe, having been continuously inhabited for more than 8,000 years!

11. Croatia was once part of Yugoslavia.

After World War 2, Croatia, along with the present day countries of Bosnia and Herzegovina, Croatia, Macedonia, Montenegro, Serbia, and Slovenia was formally part of Yugoslavia.

Croatia was inhabited as early as the Paleolithic Age. The Croats then arrived in the 6th Century.

Croatia was internationally recognized as an independent state on the 7th of June, 879. Tomislav became the first king in 925, making Croatia a kingdom.

12. The country split from Yugoslavia in the early 90s.

After years under different rules including the Kingdom of Yugoslavia, Croatia finally gained its full independence on the 25th of June, 1991. 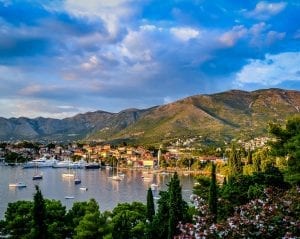 Zagreb became the capital of this Balkan country in April 1941.

14. There’s an amazing amphitheater out here!

The city of Dubrovnik had one of the first medieval sewer systems in Europe. 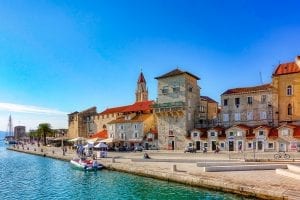 Thanks to the English poet Lord Byron, Dubrovnik was known as the “Adriatic Pearl” in the early 19th Century.

17. Knights arrive in the day!

Every first weekend in August since 1715, the Croatian town of Sinj hosts a knight tournament named Sinjska Alka. It’s a tournament of chivalry, where knights ride horses along the main street, aiming lances at an iron ring.

The Croatian military first wore knotted neckties in the 1600s, thus many historians believe the necktie was invented in Croatia. 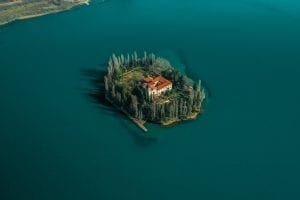 The official language of Croatia is Croatian.

20. What do Croatians sing?

“Our Beautiful Homeland” or in Croatian “Lijepa naša domovino” is the Croatian anthem.

Ensure you change your spending money into Croatian Kuna (HRK) if you plan on purchasing some paški sir (cheese) or salata od hobotnice (octopus salad)!

The currency was named after the pine-marten, because, in the past, pine marten’s fur was used for trading. 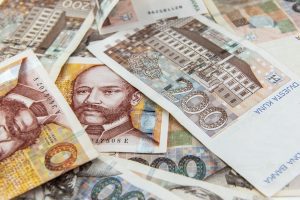 Croatia is ranked 4th in the world for alcohol consumption per capita.

24. The Croatian diaspora is massive.

There are nearly as many Croatians living outside of the country as there are living in the country. 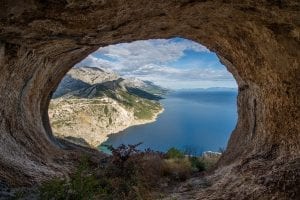 If you want to call a friend in Croatia, you’ll need to use the international country code: +385.

26. Croatia is also the home of wine!

Wine is made in Croatia thanks to the Greeks’ influence from two and a half thousand years ago.

There are 41,188 winemakers and vineyards covering 20,885 hectares of land in Croatia. 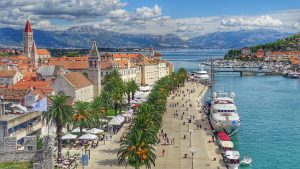 28. What do people grow and export from Croatia?

Its industry consists of chemicals and plastics, fabricated metal, electronics and machine tools.

Dubrovnik was the main film location for King’s Landing in the popular HBO show Game of Thrones.

The popular film Mamma Mia 2 takes place in the Greek Isles, it was actually filmed on the Croatian Island, Vis. 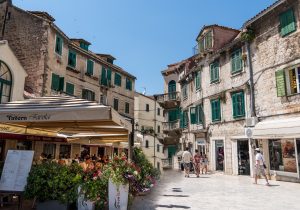 According to Alfred Hitchcock, the seaside in the city of Zadar in Dalmatia holds the title of the best sunset in the world.

32. Shakespeare held Croatia in high regard.

Shakespeare’s Twelfth Night was set in Dalmatia, a historical region located on the east shore of the Adriatic Sea, in Croatia.

Croatia is the home of the popular Dalmatian dog breed. The breed dates back to the 17th The Dalmatian coast is named after the breed. 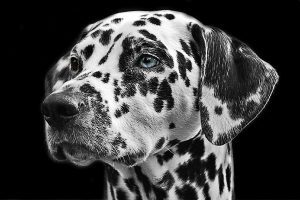 There are names of two Croatians on the map of the Moon. Scientists J.R. Boskovik and A.Mohorovicic.

35. A legendary inventor was born here.

Nikola Tesla was born in the northern Adriatic region of Lika. 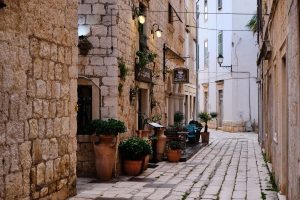 On the Island of Susak, in Kvarner, women are known for wearing the shortest folk costumes in Europe.

Giancarlo Zigante found a white truffle weighing 1.31 kg (2 lb 8 oz) in a town in Eastern Croatia in 1999 and holds the Guinness World Record of the biggest white truffle.

39. The cathedral is enormous.

The 108 meters tall Zagreb Cathedral on Kaptol is the largest building in Croatia. 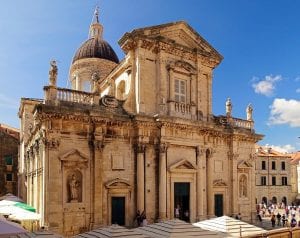 The most famous beach in Croatia is in Bol, which is on the island of Brac. The Golden Horn (or Zlatni Rat in Croatan) is known to change in shape and color depending on the wind.

Is Croatia considered a safe country?

Yes - to the extent that it’s made the top 20 safest countries on the planet, not an easy task!

Is it expensive to visit Croatia?

It’s not that expensive, but it’s not the cheapest, either! You’ll likely spend $75 a day here.

What is Croatia known for?

Croatia is known for its stunning beaches, its famous dogs, and its city filming locations.

Do you know any fun facts about Croatia? Share them in the comments below!