Expand your knowledge of this wonderful little country and increase your chances of being crowned the next pub quiz champion by taking a look at these fun facts about Liechtenstein!

1. Where is Liechtenstein, anyway?

Liechtenstein is a stunning landlocked country in Europe.

It is bordered by Switzerland to the south, west and north and Austria to the north and east.

3. Get exploring with your compass!

Boasting mountains and valleys, there’s lots to explore in this beautiful country; to discover its beauty for yourself, head for the coordinates 47.1417° N, 9.5233° E. 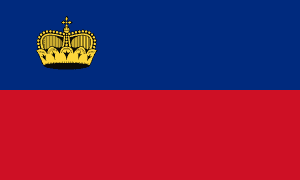 4. There are hills and valleys for miles to see.

The terrain here is mostly mountainous, with much of the country forming part of the Alps mountain range, with the western third of the country lying in the Rhine Valley – a deep picturesque alpine valley!

The total land area of Liechtenstein is 62 square miles (160 square kilometers)…that’s around 1.5 times the size of Manchester, England.

6. What do people identify as in Liechtenstein?

Residents here are known as Liechtensteiners.

7. The capital is impressively small.

Liechtenstein actually welcomes around 1.5 times its population in tourists each year! 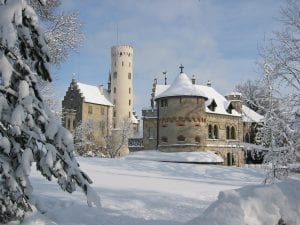 10. Learn the lingo of Liechtenstein!

Despite not sharing a border with Germany, the official language of Liechtenstein is German!

Interestingly, the Swiss Franc is the official currency here, although the Euro is also widely accepted.

12. Lifespans here are long and prosperous.

Liechtensteiners live for an average of 82 years. 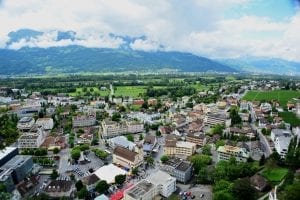 In 2011, Airbnb and Xnet teamed up to offer the opportunity to rent Liechtenstein (yes, the whole country!) for the bargain price of approximately £46,000 per night! The price included accommodation for 150, a symbolic key to the state, a wine tasting session, plus the option to have your own temporary currency and street signs!

14. Liechtenstein’s army came back with an extra man.

There is an army story dating from 1868 where it is said that 80 men were sent to guard an Italian mountain pass but saw no action. During their march home they befriended an Austrian and returned to Liechtenstein as an 81-man strong army!

As a politically neutral country, Liechtenstein no longer has a permanent military. 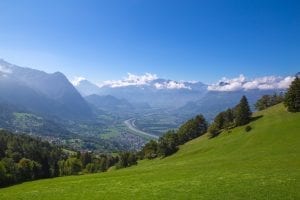 16. Here’s some stats on exports and industry.

According to the Central Intelligence Agency, Liechtenstein has the third highest GDP per capita behind Qatar and Luxembourg! 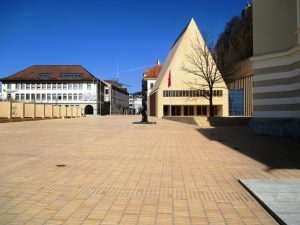 Do people speak English in Liechtenstein?

Some do - but it’s more likely you’ll get mileage out of interaction by speaking German!

No - they were a neutral party.

Is it possible to walk across the whole of Liechtenstein?

Yes - in fact, the Liechtenstein Trail will take you through all of its popular spots! It’s a 75km walk - get training!

Do you know any fun facts about Liechtenstein? Share them in the comments below!