Looking to boost your knowledge of this hot, sandy country? Take a look at these 17 fun facts about Qatar!

Qatar is a small country in the Middle East.

It shares only one border with Saudi Arabia to the south. It also has a coastline along the Persian Gulf along to the west, north and east.

3. The land is largely level.

The terrain here is mostly flat and barren desert, contrasted by the beautiful man-made island of Pearl-Qatar.

4. It’s the size of a British county!

Qatar’s population was 2.881 million in 2020…that’s less than half the population of Yorkshire!

6. What’s the capital of Qatar?

8. What do people speak in Qatar?

The official languages of Qatar are Arabic and English.

9. Be sure to head to the exchange!

If you fancy purchasing a few souvenirs from the vibrant souks, you’ll need to exchange your spending money for Qatari Riyal, the official currency here. 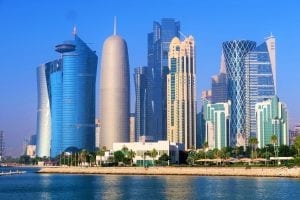 10. The life expectancy here is great.

11. We’ve been living here for centuries.

History enthusiasts will be interested to know that there is evidence of human habitation in Qatar from as early as the 4th century BC!

In Qatar it is deemed appropriate and respectful to ensure both men and women’s clothes do not end above the knee and that women’s arms are covered. 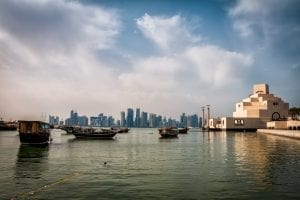 In 2022, Qatar will become the smallest country (by area) ever to host a FIFA World Cup!

Petrol is around 15p per liter in Qatar… if only it was that cheap elsewhere!

Not only is petrol very cheap here, Qatar also has the highest GDP per capita at more than 3 times that of the UK!

Looking forward to the weekend? Well, in Qatar it actually falls on Friday and Saturday, with Sunday the start of each working week! 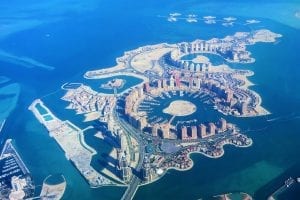 After being ruled by both the Ottoman Empire and the British, Qatar finally gained independence in 1971.

17. The industry here is booming.

The main exports consist of petroleum products, steel and fertilizers. 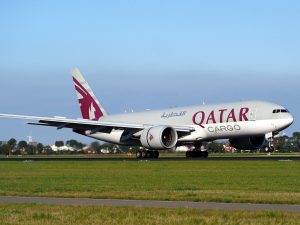 Is Qatar safe to visit?

On the whole, Qatar is considered very safe to visit, and is likely the safest across the Middle East,

Is Qatar a rich country?

Yes, massively so - it’s been named the richest country on the planet for decades.

How much richer is Qatar than the USA?

Do you know any fun facts about Qatar?  Share them in the comments below!

This page was last modified on October 14, 2021. Suggest an edit