Looking to boost your knowledge of the big wide world and better your chances of winning the next pub quiz? Make a start with these fun facts about Tonga!

Tonga is an archipelago of more than 170 islands in the South Pacific Ocean. It is bordered by Fiji and Wallis and Futuna to the northwest, American Samoa and Niue to the northeast, Cook Islands to the east, New Zealand to the south and New Caledonia to the west.

If you fancy a spot of whale watching, or you’d simply like to chill out on the picturesque sandy beaches, head for the coordinates 21.1333° S, 175.2000° W for your very own Tongan adventure!

Tonga consists mostly of flat islands with limestone bedrock, whilst some of the islands have limestone overlying volcanic rock! 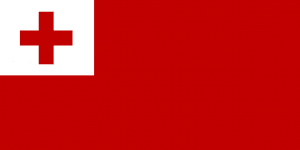 4. It’s bigger than you think.

The total land area of Tonga is 289 square miles (748 square kilometers)…that’s around 1.5 times the size of the Isle of Man.

5. The population is fairly well-spread.

6. The capital of Tonga is…

7. The climate here is lovely.

Tongans enjoy a tropical climate which is modified by trade winds, with the summer season running from December to May, followed by winter from June to November.

If you’re a nature lover, you’ll be excited to hear that migrating Humpback Whales often travel into Tongan waters to breed and give birth! 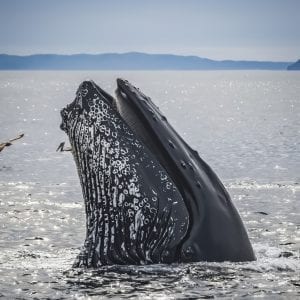 9. Fancy a spot of time traveling?

Tonga is just inside the International Dateline, so if you head out in your boat you can travel back in time to yesterday! (For those that don’t know, the IDL is the point where + and – time zones meet, meaning that crossing it can make a whole 24 hours difference!)

To witness a majestic natural wonder, why not visit Mapu a Vaea in Tonga; it’s a collection of natural blow holes in the rock which can shoot water 30m in the air as the waves crash over them at high tide!

Did you know that the only wild mammals to call Tonga home are bats? 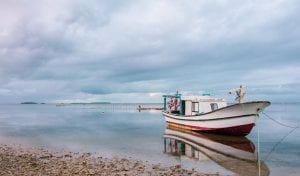 12. Do people speak English in Tonga?

The official languages of Tonga are Tongan and English.

Tongan men who are good at telling stories and understand the many proverbs of the Tongan language are often designated as ‘Talking Chiefs’!

14. Make sure to change up your currency.

16. The life expectancy in Tonga is more than reasonable.

17. There’s laws regarding what you can and can’t do at a weekend!

If you visit this beautiful country make sure you don’t go swimming on a Sunday as it is illegal! Sundays are seen as rest days in Tonga and you are not allowed to do laundry, clean your house or work! 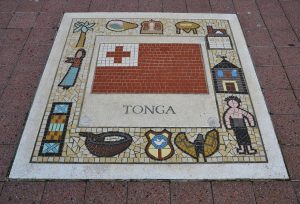 19. Tonga has a fairly natural industry.

Its industry consists of tourism, construction and fishing. The main exports include squash, fish, vanilla beans and root crops.

What languages are spoken in Tonga?

As well as Tongan and English, others include those that fall under Bantu and Guiltonga.

How do you say ‘I Love You’ in Tongan?

The words ‘Ofa atu’ mean ‘I love you’ in Tongan.

How was Tonga named?

in Tongan, the name means ‘Southwards’. Tonga is a southern archipelago, which was discovered by Captain Cook - he originally called the area the ‘Friendly Islands’!

Do you know any fun facts about Tonga? Share them in the comments below!