Looking to boost your chances of winning the next pub quiz? Brush up on your worldly facts knowledge with these fun facts about Vietnam!

Vietnam is a beautiful country in Southeast Asia. It is bordered by China to the north and Laos and Cambodia to the west.

To explore the stunning sights, incredible culture, and amazing wildlife that Vietnam has to offer, head for the coordinates 21.0333° N, 105.8500° E.

The terrain here is low and flat in the south, rising to central highlands and mountains in the far north and northwest. 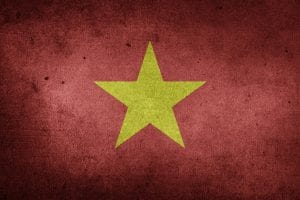 Vietnam’s population was 99.46 million in 2019 – that’s more than 1.5 times the population of Italy! Residents here are known as Vietnamese.

In the south, Vietnamese enjoy a tropical climate, changing to monsoonal in the north with a hot, rainy season from May to September, followed by a warm and dry season from October to March.

8.    There’s a world-breaking cave in Vietnam.

Sơn Đoòng Cave in Vietnam is the world’s largest cave and was only discovered in 1991!

The beautiful Ha Long Bay is not only a gem along Vietnam’s coastline but also happens to be a UNESCO World Heritage Site. 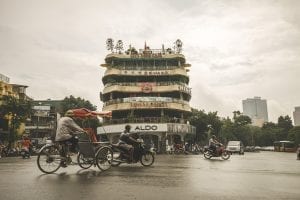 10. Vietnam is wild for nature lovers!

The official language of Vietnam is… (drum roll)… Vietnamese!

12. However, the Vietnamese language is seriously diverse.

Vietnamese actually features 6 different vocal tones, each of which can directly affect the meaning of each word, making Vietnamese a difficult language to learn! 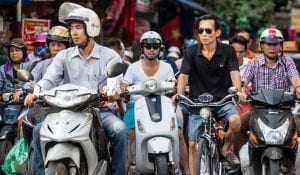 13. Vietnam is a nation of bike lovers.

There are almost 20 times more motorbikes on the roads of Vietnam than cars.

14. Get exchanging those pennies!

The Vietnamese Dong is the official currency here. 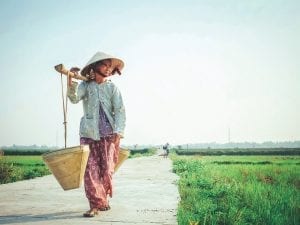 Water puppetry is a popular art form in Vietnam which dates back to the 11th century!

In fact, Vietnam is the world’s largest exporter of cashew nuts!

Is university expensive in Vietnam?

Fees for attendance at a public university are approximately $200! Many overseas students are justifiably envious - it’s a bargain!

What is the second language of Vietnam?

English is the second language of Vietnam - it is a compulsory subject in primary school.

Is Vietnam safe to visit?

Yes, on the whole - Vietnam is a friendly country to visit, but as always, make sure to keep your wits about you!

Do you know any fun facts about Vietnam?  Share them in the comments below!