Looking to boost your knowledge of this colorful South American country and improved your chances of being crowned the next pub quiz champion? Take a look at these 25 fun facts about Brazil…

1. Brazil has lots going on!

Brazil is a vast, biodiverse and wildlife-rich country in South America.

It is bordered by Venezuela, Guyana, Suriname and French Guiana to the north, Uruguay to the south, Argentina, Paraguay, Bolivia and Peru to the west and Colombia to the northwest. It also has a coastline along the South Atlantic Ocean to the east.

2. Want to find Brazil with a compass?

The terrain here is mostly flat-to-rolling lowlands, with a few plains, hills and mountains – wonderful! 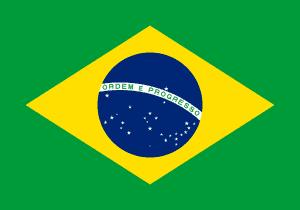 The total land area of Brazil is 3,300,169 square miles (8,547,403 square kilometers) – that’s almost as large as the USA. That also makes it the largest country in South America and the fifth largest in the world!

5. Brazil is home to millions, but is still less dense than the US.

6. Is Rio the capital of Brazil?

7. The capital has an interesting shape.

It is said that Brasília looks like an airplane from above!

Brazilians enjoy a tropical climate in the west, north and east, with the south experiencing a temperate climate.

9. Brazil’s biggest asset is its waterway.

This vibrant country is home to the Amazon river, the world’s largest river by volume of water flow and in places, up to 30 miles wide! 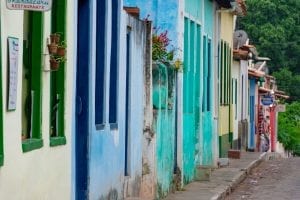 10. Flying in and out of Brazil? There’s plenty of choice.

11. Brazil is home to a famous, colossal statue.

Rio de Janeiro is home to the famous Christ the Redeemer statue, the largest art deco statue in the world! Did you know you can get up close to the beautiful statue by taking a trip on the cable car?

12. Rio is the world’s carnival capital.

Rio carnival, held each year in Rio de Janeiro, is considered to be the largest carnival in the world! 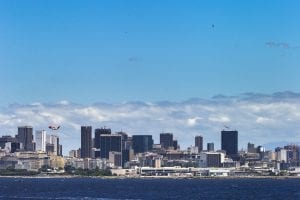 Apparently, Brazil has a total of 4 million plant and animal species, including monkeys, deer, anteaters, armadillos, anacondas, jaguars and pumas!

14. Much of the rainforest was once used to help produce car rubber.

In 1928, Henry Ford created an industrial town in the Amazon rainforest called Fordlândia (Portuguese for Ford-Land), for the harvesting of rubber to use on his Ford motor vehicles!

Sugarloaf Mountain is a granite and quartz monolith and one of the most famous landmarks in the world.  You’ll find it in Rio de Janeiro, rising to an impressive 396 meters from sea level.  It became a UNESCO World Heritage site in 2012. 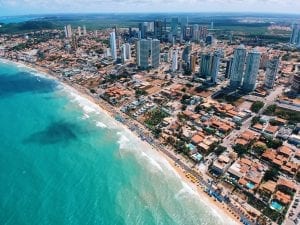 16. Brazil’s language is unique to the continent.

Despite its location, the official language of Brazil is Portuguese, and is the only country in South America to speak this language.

17. Get those pennies changed up!

If you fancy sampling some of the authentic coffee you’ll need to change your holiday money into Brazilian Real, the official currency here.

In Brazil the most common surname is Silva. 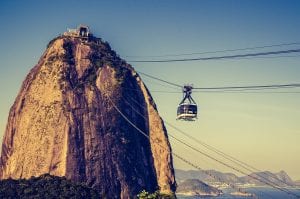 20. Brazil has a forward-thinking motto.

Brazil’s motto is ‘Order and Progress’, or ‘Ordem e Progresso’ in Portuguese.

Want to call your friends or family in Brazil?  You’ll need to use the international dialling code, +55. 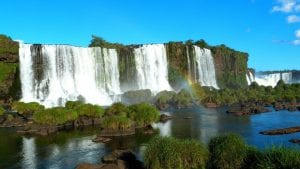 22. Brazil has a varied industry.

23. Lots of our best-loved buys come from Brazil.

The main exports consist of coffee, transport equipment, footwear, iron ore and soybeans. In fact, Brazil is the world’s largest exporter of coffee!

24. There’s more to Rio than carnivals.

Including its offshore islands, Brazil is divided in to four time zones. 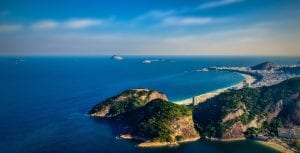 Is it cheap or expensive to visit Brazil?

Brazil tends to be pretty cheap to visit on the whole, with on-route eateries and facilities unlikely to break the bank.

What is the coldest month in Brazil?

Believe it or not, June is the coldest month, with temperatures as low (!) as 19 degrees Celsius.

What animals live in Brazil?

Brazil is home to an impressive plethora of creatures and critters, including the armadillo, the otter, the puma, the monkey, the sloth, the anaconda and the jaguar!

Do you know any fun facts about Brazil?  Share them in the comments below!

Are you fascinated with South America? Check out these interesting facts about Costa Rica…