Home of the world-renowned dry stout Guinness, Ireland is known for its beer and whiskey and rural pubs. Apart from its breweries, the Land of Saints and Scholars also harbors a deep, colorful history. It’s known for producing a number of great writers, artists and musicians.

Learn more about this island and its interesting idiosyncrasies. Here are 25 fun facts about Ireland that will surely tickle your brain.

In fact, Ireland is the third largest island in Europe and the twentieth largest in the world.

The average female height in Ireland is 2 inches taller than the UK average, whilst men are an inch shorter than their UK counterparts… we wonder why?

3.    One Irish gentleman was seriously short!

A man called Raymond O’Brien was the shortest person in Irish history. He died in 1795, but was measured to be one foot eleven inches tall, crikey! 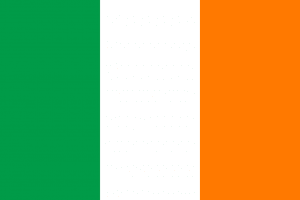 May is generally the driest month of the year in Ireland.

You only need to sell 5,000 copies of a song in order to feature in the top of the Irish music charts.

7.    The book charts are similarly simple to scale!

Writing a book? In Ireland you’d only need to sell 3,000 copies to top the Irish bestseller list!

8.    What’s the harp symbol on the Guinness logo for?

The harp is a national symbol of Ireland; the oldest known harp in existence, dating back to at least 1300, is housed in Trinity College, Dublin!

9.    Retirement laws for women in Ireland were once very different.

Many women employed in the public service faced mandatory retirement once they got married, right up until 1973. 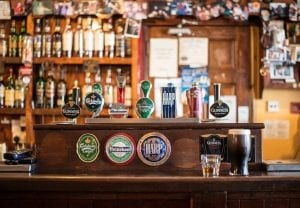 10. Try saying this in one breath!

County Galway is home to the longest place name in Ireland – Muckanaghederdauhaulia.

If you you’re a fan of history, you’ll be fascinated to know that the Newgrange passage tomb in County Meath was constructed around 3200 BC, which makes it more than 600 years older than the Giza Pyramids in Egypt and 1,000 years older than Stonehenge!

12. But what about its castles?

Kilbrittain Castle, County Cork, is the oldest inhabited castle in Ireland. It is thought to have been built by the O’Mahony Clan circa 1035. 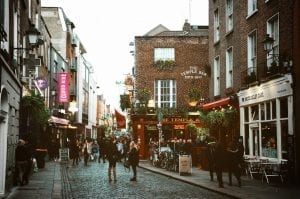 Ireland has had its own Olympics since the Bronze Age, called the Tailteann Games.

14. Ireland is serious about their pints.

The Irish do like their beer – they consume on average 131.1 liters of beer per person, per year.

Many Irish family names start with ‘Mac’ or ‘O’’, which means respectively ‘son of’ and ‘grandson of’ in Gaelic. 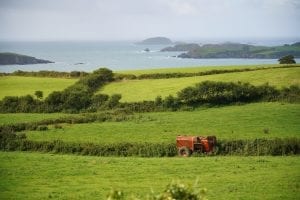 16. Ireland is a Eurovision juggernaut.

17. Nothing to slither here!

Ireland is a snake-free island. Phew.

18. Snakes aren’t the only animals missing from the Republic.

Due to its isolation from the European mainland, Ireland lacks several species common elsewhere in Europe, such as moles, weasels, polecats or roe deer. 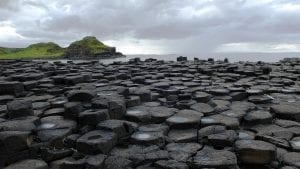 The Royal Society for the Prevention of Cruelty to Animals (RSPCA) was founded in 1824 by Richard Martin, an Irish politician and one of the first animal rights activists.

20. Ireland is mad on mobiles!

Oddly, there are more mobile phones in Ireland than there are people.

Europe’s largest zinc mine is located in Ireland. 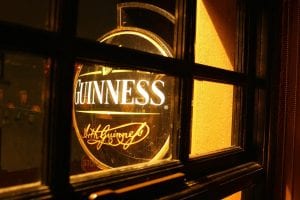 23. There are some… interesting nicknames out here.

A nickname for people from County Wicklow is Goat Suckers.

Ireland is the largest consumer of tea per capita, with 1184 cups of tea being drunk by the average Irish person each year.

Want to call family or friends in Ireland?  You’ll need to use the international dialling code +353.

What is Ireland best known for?

Ireland is famous for many of its exports, but the most famous export of all has to be Guinness beer.

Is Ireland in Europe?

The Republic of Ireland is in Europe and remains a member state of the EU. Northern Ireland however, is attached to the UK and with Brexit, separated from the EU on 31st January 2020

What language is spoken in Ireland?

The official languages are Irish and English.

What is Ireland's capital city?

Do you know any fun facts about Ireland?  Share them in the comments below!

Are you fascinated with the island of Ireland? Check out these fine facts about Dublin