Platypuses – also known as duckbills – are small amphibious mammals. They’re famous for their odd combination of primitive characteristics and special modifications, like their flat and almost comical bills.

The platypus are the only living couriers of their family and genus, though several related species appear in the fossil evidence. Let’s take a closer look with these 24 fun facts about platypuses!

1. They are seriously strange.

The platypus is among nature’s most peculiar animals. The first scientists to inspect a specimen believed they were the victims of a hoax.

When a platypus specimen was brought from Australia to Britain, according to the BBC, people assumed that a trickster had sewn two animals together.

2. They really are a blend of all kinds of animals.

The animal is best described as a combination of more familiar species: the duck, beaver, and otter.

Platypuses are among the few venomous mammals.

Males have a venomous spur on the inside of their ankles. During mating season more venom is secreted, leading scientists to believe that the spurs and venom help males compete for mates.

The venom is not life-threatening to humans, but it can cause severe swelling and “excruciating pain.” 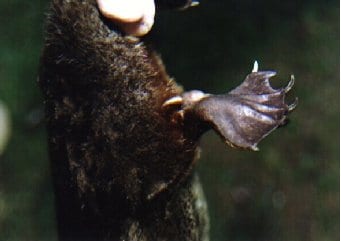 Folds of skin cover their eyes and ears to prevent water from entering, and the nostrils close with a watertight seal.

5. They’ll scoop up food from the bottom of the bed.

These Australian mammals are bottom feeders.

From the bottom, platypuses dig insects and larvae, shellfish, and worms in their bills along with bits of gravel and mud. Platypuses do not have teeth, so the bits of gravel help them to “chew” their meal.

On land, platypuses move a bit more awkwardly. While on land, the webbing on platypuses’ feet retracts to expose individual nails and allow the creatures to run.

To construct dirt burrows at the water’s edge, platypuses use their nails and feet.

8. They lay eggs – which is weird in itself!

Platypus reproduction is nearly unique. Along with the echidna, another type of mammal, they lay eggs. Females seal themselves inside one of the burrow’s chambers to lay their eggs.

The mother produces 1 or 2 eggs and keeps them warm by holding them between her body and tail. The eggs need 10 days to be hatched.

Platypus infants are the size of lima beans and helpless. Females nurse their young for three to four months until the babies can swim on their own. 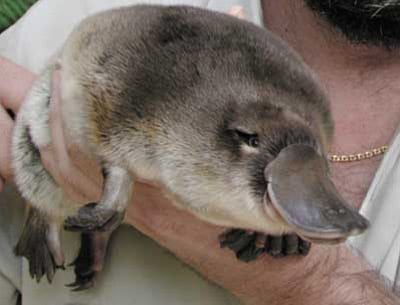 10. They are truly electric!

The duck-billed platypus finds food by feel and by detecting electrical signals.

Platypuses that live in colder climates are bigger than those living in warmer areas but on average an individual weighs around 3 lbs. (1.4 kg).

Scientists have found fossils that suggest that ancient platypuses were twice as large as the modern variety, at 3.3 feet (1 meter) long.

13. Their coats are really unique.

14. Their colorings are interesting, too.

Most of the fur is dark brown, except for a patch of lighter fur near each eye, and lighter-colored fur on the underside.

Their front feet have extra skin that acts as a paddle when the animals are swimming. 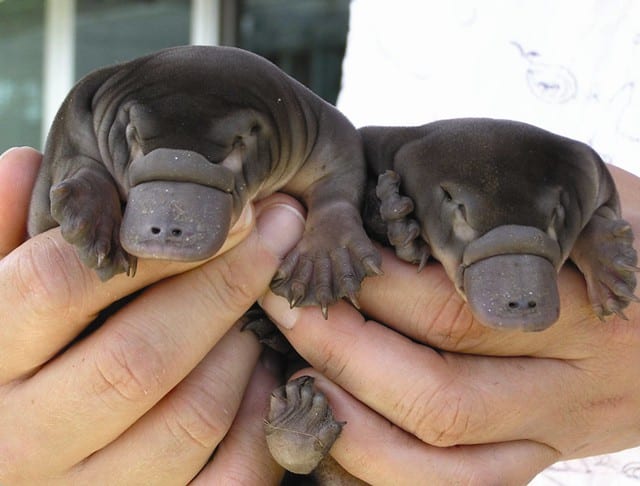 16. Their beaks are seriously weird, too.

The bill of a platypus has a smooth surface that feels like suede. It is also flexible and rubbery.

The skin of the platypus’s bill holds thousands of receptors that help the platypus navigate underwater and detect the movement of potential food, such as shrimp.

Platypuses make their homes in the freshwater areas that flow throughout the island of Tasmania and the eastern and south-eastern coast of Australia.

Though they exist on only one side of one continent, platypuses weather many climate extremes. They have been found in plateaus, lowlands, tropical rainforests, and the cold mountains of Tasmania and the Australian Alps.

Platypuses usually spend their time hunting for food, and a hunt can last 10 to 12 hours. 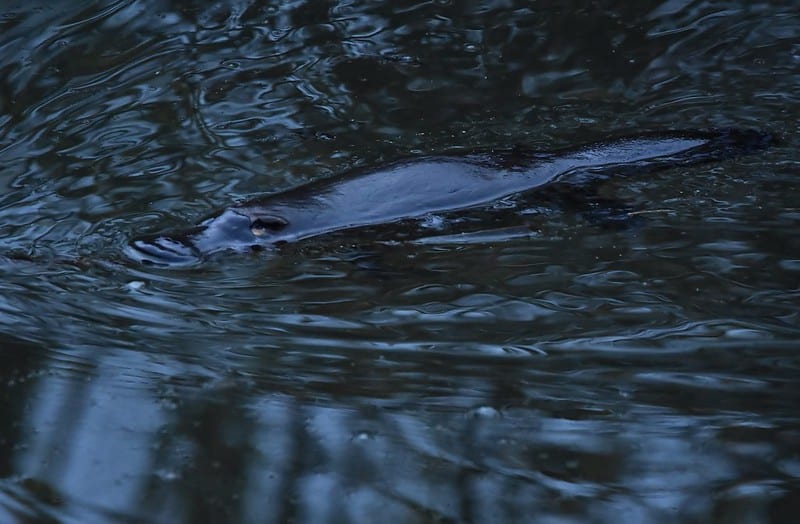 Because they are nocturnal they are most active during night-time and dusk.

Platypuses are carnivorous, which means they eat meat but not plants.

When platypuses find shellfish, insects, larvae, or worms, they scoop it up in their bills, store it in their cheek pouches, and swim to the surface.

Though platypuses are made for the water, they can’t stay completely submerged. Platypuses can only stay underwater for 30 to 140 seconds. 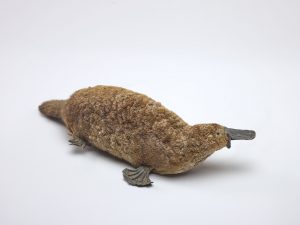 Platypus’ skeletons resemble those of reptiles. They both have pectoral girdles and splayed legs.

These short creatures are much better at moving through water than across land. They use 30% more energy walking across the land than swimming through the water.

24. There’s no concern over their living status.

Platypuses are not endangered. IUCN- the International Union for Conservation of Nature lists the animals as a “Least Concern,” even though the organization admits it has no idea how large or small the platypus population may be. 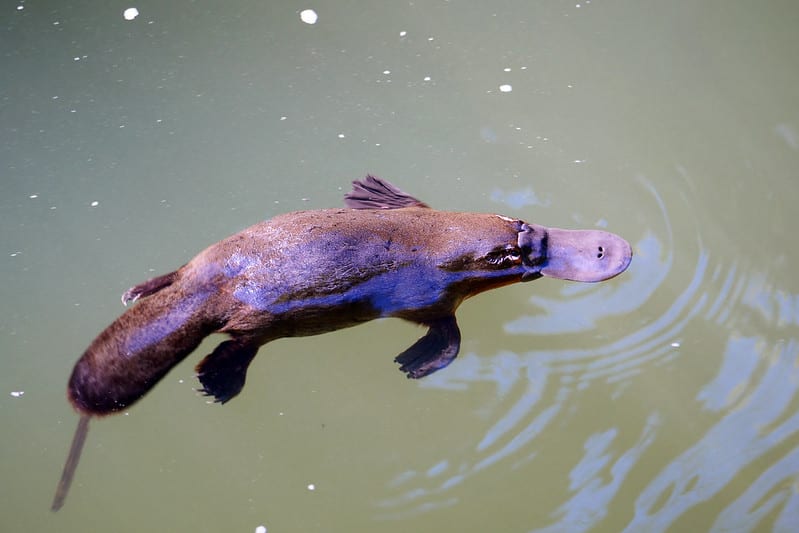 Can you keep platypuses as pets?

They are difficult to keep and domesticate - moreover, it’s illegal to keep them as pets in Australia!

Can platypus venom kill a human?

Can platypus venom kill a human?

No - they’re venomous and can cause serious pain, but won’t attack you.

Do you know any fun facts about platypus? Share them in the comments below!

This page was last modified on November 11, 2021. Suggest an edit