Is there anything quite as enviable as the sloth? These lazy, slow-moving creatures seem to have it made – and to boot, they’re quite the odd critters, too! However, you should never consider a sloth to be slow-witted – they have quite the bit of brain power lurking beneath the surface! Here’s some fun facts about sloths well worth digging into and fascinating your friends with.

1. They are tree-loving critters.

Sloths are known as ‘Arboreal’, meaning that they live in trees. They are from the suborder known as Folivores, which means they eat leaves. Nice and simple!

Sloth Dads don’t have much to do with their children and often after mating move away. Moms, therefore, often have to do a lot of the donkey work! The gestation period for a sloth is a third shorter than ours at six months, but that doesn’t mean they don’t work hard to raise their young.

Sloths have relatively poor eyesight and relatively poor hearing, too. They don’t deliberately make many sounds, either – though babies seeking their Moms do make a squeaking sound. Just as well if they drop off a tree by accident! 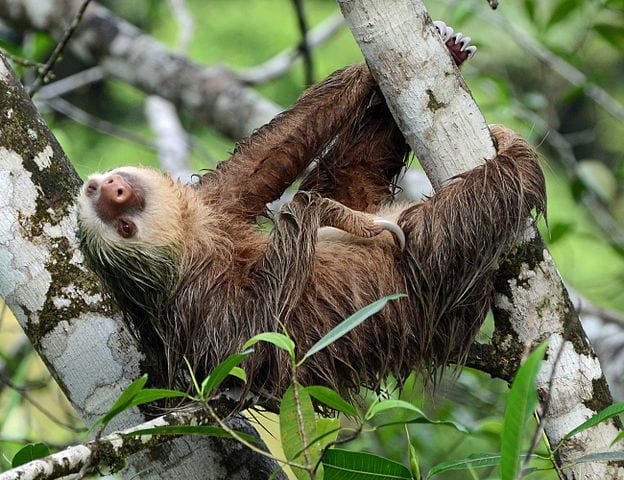 4. Seriously, we weren’t kidding about the trees…

Sloths absolutely love trees. They don’t just sleep in them, they mate in them, too – and they tend to stick to the same five or six trees across their adult lives!

5. They are definitely as lazy as you’ve heard.

Yes, it’s true – sloths are extremely sleepy creatures, and are known to slumber for up to 20 hours a day. It’s alright for some!

6. They sleep much longer in captivity.

Interestingly, their 20 hours sleep patterns only really occur in captivity. In the wild, sloths are known to sleep around half this time. Perhaps they know they don’t have to be on the alert!

Sloths are very rarely born as twins or triplets. Sloth cubs generally arrive as single births, much as you’d expect from humans. One at a time is enough, it would seem!

Sloth fur can take quite a bit of time to grow properly. It starts out brown and can go greenish along the way. This is to do with algae that develops on their fur – they really do move that slowly!

9. As if they weren’t cute enough already…

A group of sloths is called a snuggle! 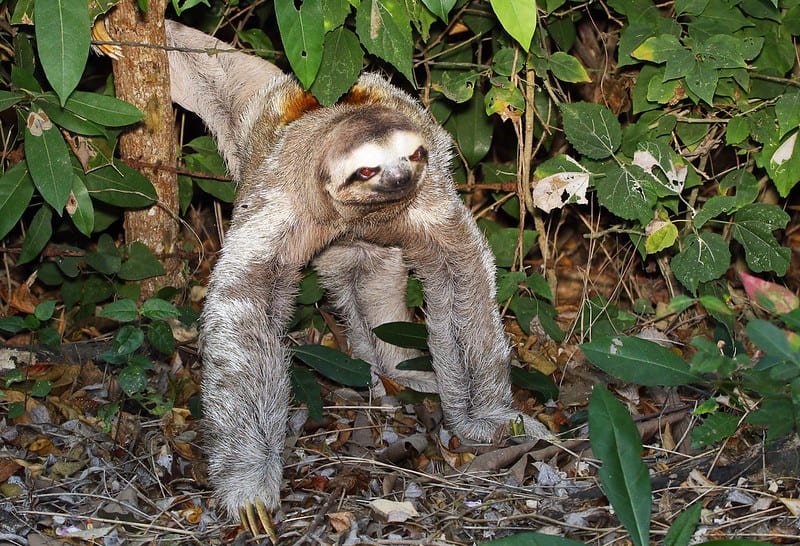 10. Sloths can go it alone quite easily.

Sloths don’t always band together in groups, however. They are perfectly happy to go it alone whenever they feel like it. This is behavior that’s common to both humans and octopuses, too!

Sloths are intriguing in that they don’t emit any kind of body odor, despite the fact they’re never likely to bathe! They don’t emit body odor because it would otherwise mark them for predators.

12. A weekly movement – worth leaving the tree for?

Bizarrely, sloths only ever feel the need to defecate once a week. And yes, they will actually leave the tree to do this! If you’ve ever seen a sloth lumber around off its tree perch, it’s a very odd sight. 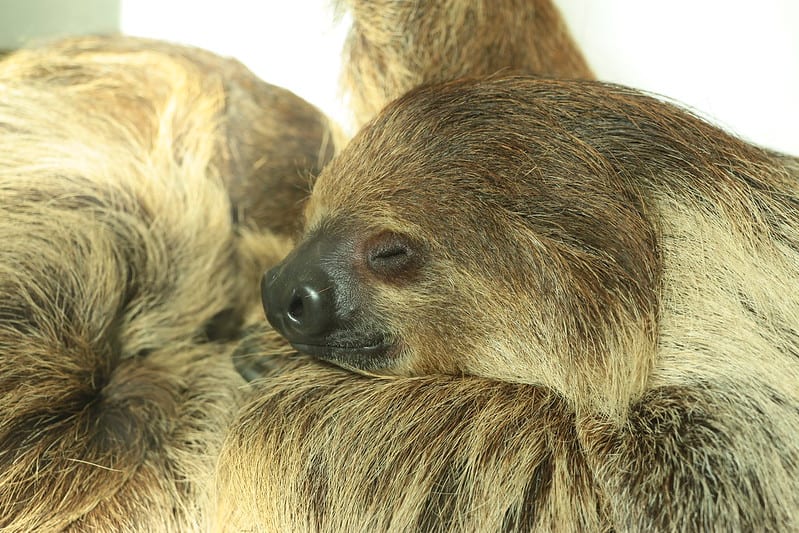 It’s easy to assume that the super-slow sloth is slow-witted - they’re hardly brainboxes, but they aren’t as dense as you might imagine. They’re smart enough to thrive in their own special way.

What is it that makes sloths so slow?

It’s not out of sheer laziness or choice - it’s to do with their metabolism. They are only ever likely to move around 40 yards a day, max - there’s no need for them to move any quicker.

Can a sloth pick up speed?

Yes, a sloth can be relatively speedy if it needs to be, but this is still only ever going to be a third of one km/h! A sloth will ‘zip’ away at its own special speed if it feels threatened by a predator. Given it’s a master of camouflage, this is unlikely!

Do you know any fun facts about sloths? Share them in the comments below!