Aardvarks are curious-looking creatures that often get confused with anteaters – famous for their long snouts and distinctive names, these mammals are actually related loosely to the elephant! Let’s take a glance at some fun facts about aardvarks you’ll want to remember for time to come.

1. They are amazing insectivores!

As successful Insectivores, aardvarks have evolved to have elongated snouts, narrowing towards the end. They swing them from side to side to sniff out and dine on insects. Their 12-inch long tongues are sticky, too – which means insects stick to the surface and rarely fall from their mouths!

Aardvarks are the only living species of prehistoric Tubulidentata. Their scientific name is Orycteropus afer, of the family Orycteropodidae.

Aardvarks are nocturnal animals, digging burrows with their feet which work efficiently like spades. When they move on to dig a new burrow, old ones are often used by other animals, including wild dogs. If you spot holes popping up overnight, could an aardvark be to blame…? 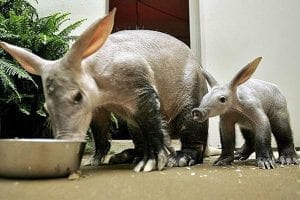 4. How to satisfy an aardvark’s hunger.

Aardvarks can easily devour between 40,000 and 60,000 termites per night! They also eat ants and aardvark cucumbers. This is a symbiotic relationship – when aardvarks eat cucumbers, seeds are distributed to grow new veggies when the aardvarks poop!

5. Where do aardvarks live?

Aardvarks live in Sub-Saharan Africa. Found on grasslands and savannahs, they don’t live in rocky areas or swamplands because they need to dig for survival, to find food and to sleep in tunnels. Aardvarks live in Africa, while anteaters live across America.

6. How did the aardvark get its name?

7. The truth about the tooth!

Aardvarks’ birth teeth are temporary. At birth, they have mammalian teeth in front of their snout! These fall out and don’t regrow. Subsequently, a bundle of tube-like structures -composed of a protein called vasodentin – forms.

They don’t chew food as we do. Aardvarks swallow food whole – and muscular action around their stomach emulates our chewing action, prior to the process of digestion.

9. Can you keep an aardvark as a pet?

Aardvarks are not considered suitable as pets – and in many places it is understandably illegal to keep one as such! Aside from their need to dig burrows and consume copious numbers of insects, they are intelligent and need to roam freely. 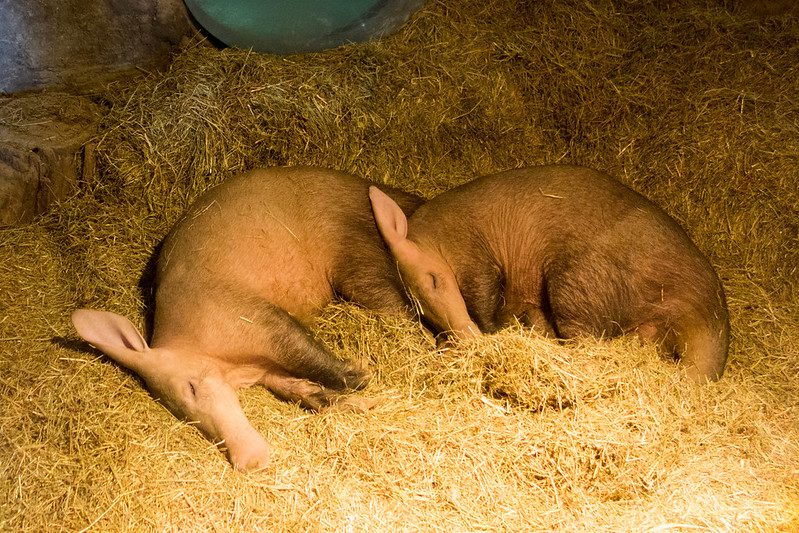 10. Aardvarks are prey for many creatures.

Aardvarks are preyed upon by hyenas, pythons, leopards, human hunters with or without dogs, and lions.

11. An aardvark knows when to flee!

Aardvarks are intelligent and quick to react. With a keen sense of hearing, they often escape into a burrow. If pursued, they are known to use their strong paws to seal an exit behind them.

Aardvarks are known to usually prefer a solitary life aside from mating. Offspring remain close to their Mom until the following year’s mating season. 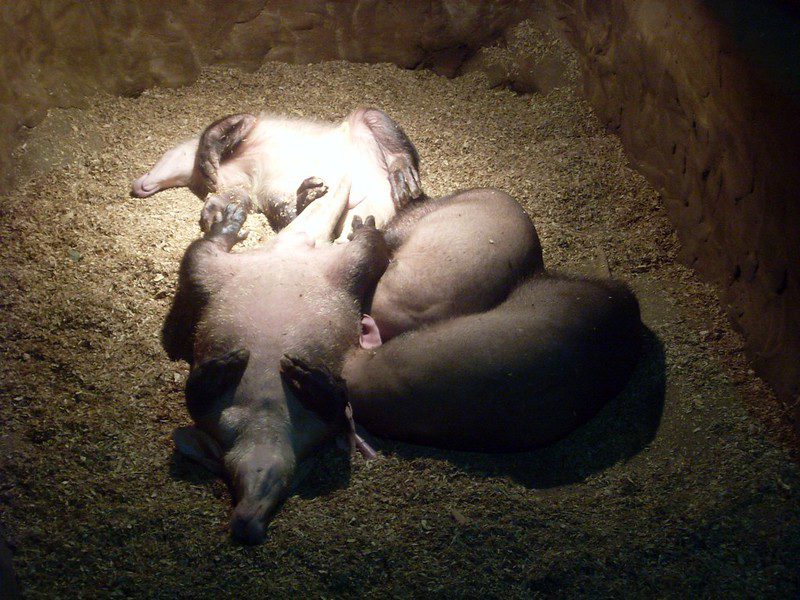 It may surprise you to learn that Aardvarks can reach speeds of up to 26 miles per hour!

14. How big is the average aardvark?

Weighing an average 52 kilos, they measure between 1 meter and 1.3 meters excluding their tails. Tails measure approximately 28 inches or 70 centimeters!

Aardvarks have an exceptional sense of smell. This is thanks to turbinate bones in their noses! They have ten of these each, which is double the number found in dogs. 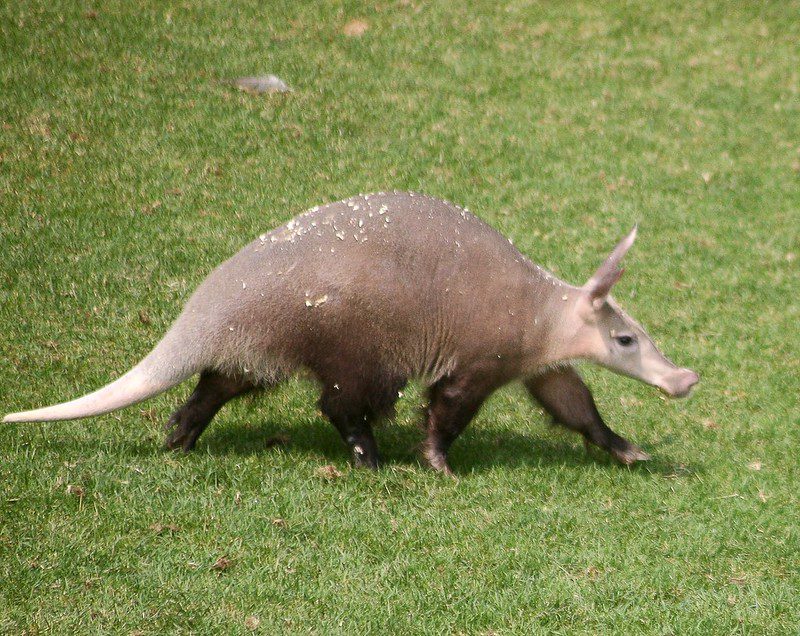 Why are aardvarks considered afrotheria?

Aardvarks are considered part of the afrotheria group of animals because their testicles are tucked inside their abdomen. Elephants are also in this group - they’re loosely related!

What are male and female aardvarks called?

Male aardvarks are called boars and females known as sows. They tend to weigh similar amounts, and are hard to tell apart by fur color.

What threatens the survival of Aardvarks?

Mankind poses the biggest threats to the survival of aardvarks! Desirable as bushmeat, they are often hunted mercilessly. We are also the cause of their dwindling habitat in parts of South Africa.

Do you know any interesting facts about aardvarks? Share them in the comments below!