Thinking of visiting this beautiful city, or just want to know a little more about the capital cities of Europe? Sit back and take a look at these 14 fun facts about Amsterdam!

Amsterdam is the capital city of the Netherlands.

2.   However, it takes a bit of practice to pronounce its name

Wondering how to say the name of this wonderful city? It’s pronounced Am-stir-dam.

3.   Interestingly, Amsterdam is twice the size of Bristol

…that’s twice the size of Bristol. 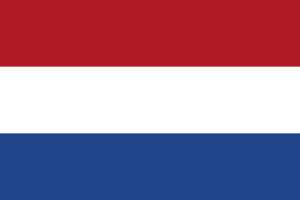 4.   It also has twice the population

…and gives it a population density of around 9,871 residents per square mile.

6.   Three letters stand between Amsterdam and its residents

Residents of Amsterdam are known as Amsterdammers.

7.   If you enjoy mild weather, Amsterdam is the place to be

Amsterdammers enjoy an oceanic climate with mild weather throughout both summer and winter and an average annual temperature of 10.2°C.

9.   A once in a lifetime experience in Amsterdam

Make sure you take a canal boat tour if you’re in Amsterdam; beautiful during both night and day, the 60-or-so miles of canals (some of which are UNESCO protected) are the hub of Amsterdam and a truly unmissable experience. 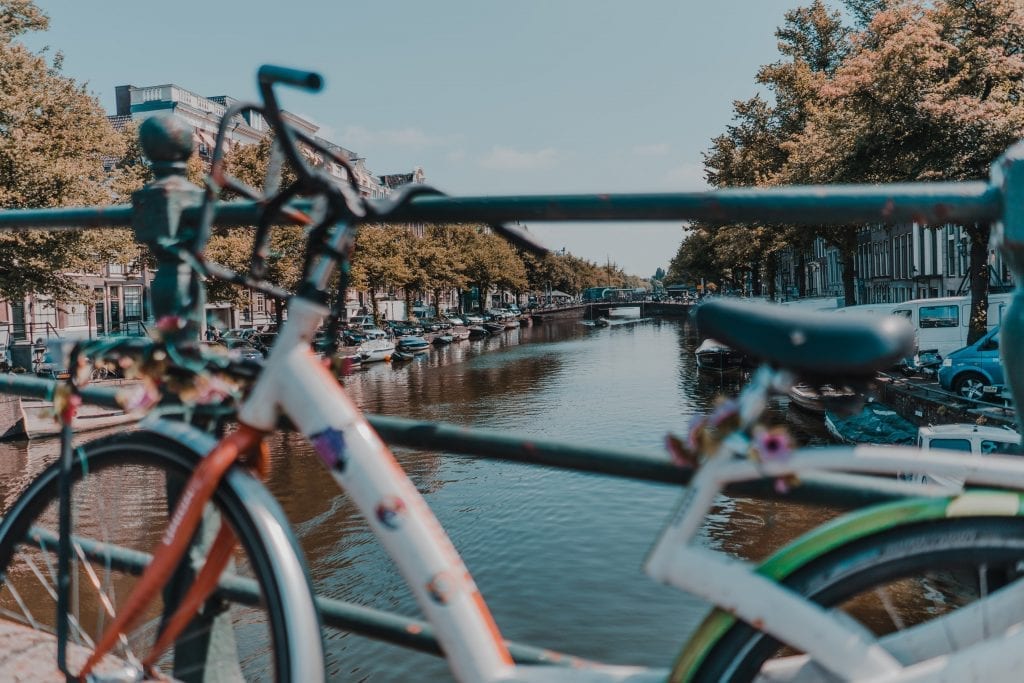 10. A Dutch dictionary may come in handy

The official language of Amsterdam is Dutch.

11. In Amsterdam even the canals have bicycles

Did you know that allegedly 25,000 bicycles end up in the Amsterdam canal system each year?! 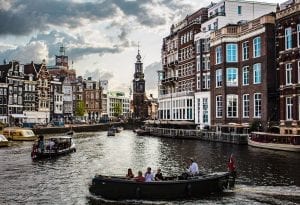 13. There are plenty of bars and cafes to choose from in Amsterdam

Fancy a refreshing beverage? Apparently there are more than 1,500 bars and cafes in Amsterdam! That’s a long pub crawl…

The Netherlands welcomed 13,925,000 tourists into the country in 2014, many of whom visited Amsterdam for its laid-back cafe culture and vibrant nightlife.

Which river runs through Amsterdam?

The river from which the city takes its name, the Amstel, runs through Amsterdam. A dam was created across the river in 1270, hence the name Amster…Dam!

What is the tallest building in Amsterdam?

The tallest building in Amsterdam is the Rembrandt Building. Having 35 floors, it took three years to build, beginning in 1991. It reaches a usable height of 135 meters with a further 15 meter spire - so in total, it is 150 meters tall.

Yes - on the whole, Amsterdam is considered very safe, and has been ranked in the top five safest cities on the planet! However, look out for petty crime, as you would in any other city.

Do you know any fun facts about Amsterdam?  Share them in the comments below!