We’ve all seen the Pyramids, heard about the Sphinx and read about the mummies, but what do you find when you scratch beneath the surface? You’re about to find out with these 11 fun facts about Ancient Egypt you won’t have learned at school…

Makeup was popular with both men and women.

2. Yes, that grisly fact about mummies is true.

Mummification involved the brain being pulled out through the nose.

They believed the cultures that grew on gone off bread could combat infections. 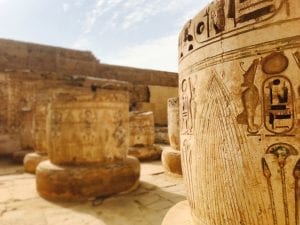 4. There’s a key to understanding their ancient language.

The Rosetta Stone unlocked the mysteries of hieroglyphics. In antiquity there were numerous Rosetta Stones, not just one.

They were created to explain local laws to all parts of the Egyptian empire.

5. Pharaohs really did care about their hair.

The pharaoh would always cover his hair in public.

6. Pyramids here numbered in their hundreds.

Ancient Egypt is home to more than 130 pyramids. They were built as tombs for the pharaohs.

Their makeup was made from copper and lead…the most popular colors were green and black.

8. In fact, blusher and lipstick were thought to have special properties.

9. There are many different hieroglyphics. 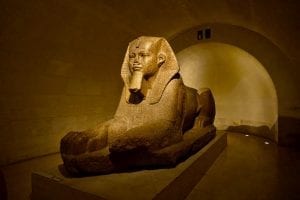 10. There were many different deities in Ancient Egypt.

Their culture believed in more than 2,000 gods and deities that each had to be worshipped. Ancient Egypt’s most famous gods were Ra, Osiris, Isis and Horus.

They invented pens, paper, locks and even toothpaste! 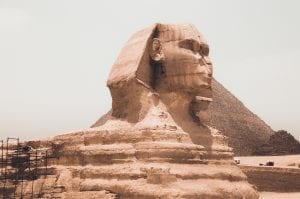 How old is Ancient Egypt?

Ancient Egypt is thought to date all the way back to 3100 BC - and the period is said to end around 332 BC, when Alexander The Great invaded.

Were the Ancient Egyptians the earliest civilization?

No - it’s thought that the Sumerians, who lived in Ancient Mesopotamia, came first.

Was Egypt always known as Egypt?

No - Egypt’s original name was Kemet, or Kermit.

Do you know any fun facts about Ancient Egypt?  Share them in the comments below!

This page was last modified on September 2, 2021. Suggest an edit