They save lives, changed the world and did it all in a way we simply now couldn’t live without, but how much do you really know about these microscopic life saving drugs? These fun facts about antibiotics are ready and waiting to blow your mind!

1. You shouldn’t take antibiotics for viruses.

Antibiotics can kill most types of bacteria, but can’t do a thing against viruses.

Taking them when you don’t need to actually does more harm than good.

Antibiotics can expire just like all that food in your fridge, so don’t stockpile them just in case! 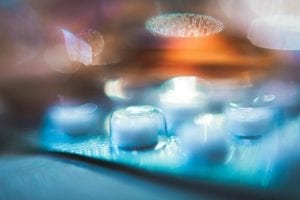 4. Are bacteria getting wise to antibiotics?

Scientists worry that widespread of use antibiotics is causing many strains of bacteria to become immune to them.

5. Your body can’t ‘wise up’ to antibiotics.

Your body can’t become resistant to antibiotics (that’s an urban myth) but bacteria certainly does.

6. The developing world depends on antibiotics.

Lower income countries are actually more likely to use antibiotics than higher income ones.

7. Always listen to your doctor!

Missing a dose can set you back to square one because the good bacteria will get outnumbered and die off.

8. Ever had blue bacteria?

In the American Civil War soldiers whose wounds glowed blue tended to survive. The blue hue came from the antibiotic-producing bacteria that saved their lives.

9. That’s suffering for your work!

Barry Marshall drank infectious bacteria, contracted stomach ulcers and cured them with antibiotics. He would later win the Nobel Prize for Medicine. 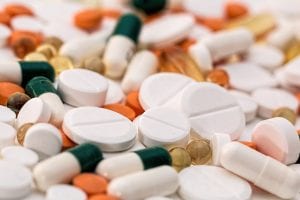 Animals raised on antibiotics that then enter the food chain are thought to be one of the main causes of resistance to these drugs.

11. Antibiotics can do harm if used too much.

Antibiotics can reduce the amount of good bacteria in a child’s gut, which in turn makes it more likely they’ll develop food allergies.

12. Not our idea of a tasty milkshake…

Before fridges people would drop frogs into bottles of milk to preserve their favourite drink. This was one of the many early examples of antibiotics at work. 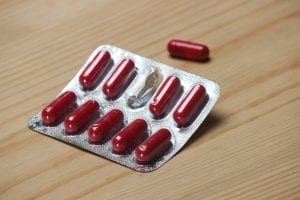 13. Antibiotics were a long time coming.

Alexander Fleming predicted the rise of antibiotic resistance when he gave his Nobel acceptance speech all the way back in 1945.

Honey is one of the most effective antibiotics when you’re treating an infected open wound. 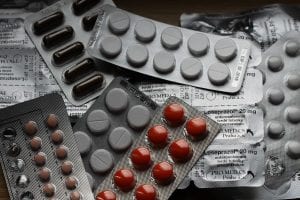 What are the side effects of antibiotics?

As with many medicines, antibiotics can carry side effects, which include bloating, nausea, diarrhoea, stomach cramps and vomiting.

What food should you avoid while taking antibiotics?

Always consult your doctor, but it’s thought food and drink rich in calcium can affect how antibiotics are absorbed into your body.

Antibiotics stop bacteria from reproducing, effectively breaking down their structures.

Do you know any interesting facts about antibiotics? Share them in the comments below!