The state of Arizona can be found between Los Angles and Albuquerque, in the southwest of the US, and is home to some popular tourist destinations including the Grand Canyon and Sonoran Desert.

But how much do you know about this state?  Here are a few fun facts about Arizona to help increase your  knowledge.

1. It’s the third-youngest state in America.

Arizona is one of the youngest US states, at least based on when it was admitted into the union. It was branded the 48th

This occurred in 1912, after the USA took control of the land from Mexico.

2. Most people head to Arizona for one thing…

The Grand Canyon, which is likely to be one of the most popular attractions in the state, is around 227 miles long! It’s also a big drop down, with a mile leading to the bottom of the chasm.

In fact, the Grand Canyon National Park is regarded as one of the seven natural wonders of the world. It has a unique claim to this, as there are no other wonders based in the USA.

3. Who are some famous Arizonans? 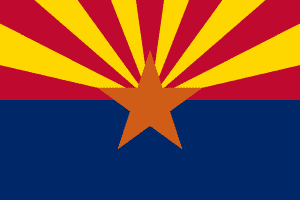 4. The rattler is well-recognized.

Arizona’s official reptile – yes, it has one – is the rattlesnake. This may be as a result of there being around 13 different species across the state!  There are more different kinds of rattlesnake in Arizona than you will find in any other region.

5. Pluto was discovered in Arizona!

Believe it or not, the man who discovered Pluto was doing so while observing the stars in Arizona. Not by eye, of course, but up at the famous Lowell Observatory in Flagstaff.

In fact, many people are able to view stars in great detail across the state. It suffers from very little light pollution, which means that people are able to see the night skies clearer here than they might across neighboring states.

Arizona is also home to the discovery of copper, back in the mid-1800s.

The Sonoran desert is one of the most fascinating stretches of its kind. It stretches to over 260,000km, and likely sees 10 inches of rainfall each year.  For a desert of any size, this is particularly wet.  You will also find unique cacti and flowers than bloom here throughout the summer.

8. Much of the state is parkland.

Very little of Arizona is private land. Despite being one of the biggest states in terms of size, less than a fifth of its landscape is owned by any given party or operator.  That’s because the vast majority of the state is wide open land or national parkland.

9. The air out here is wonderful.

The World Health Organization has recognized Arizona as being remarkably pure in air quality. The city of Wenden is one of only a handful of cities worldwide that restricts pollution to a specific level. 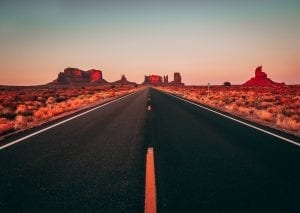 There are still a number of native American tribes who live in Arizona, with more than 20 recognized by federal government. One of them still resides within the Grand Canyon itself!

Is it expensive to live in Arizona?

On the whole, you can expect living costs in Arizona to be on par with the national average, if not a little lower.

What is Arizona’s nickname?

Arizona’s nickname is the Copper State, though it’s also known as the Grand Canyon State for obvious reasons!

What are Arizona’s main industries?

Beyond tourism, Arizona is famous for producing electronic equipment and aerospace assets.

Do you know any fun facts about Arizona? Share them in the comments below!

This page was last modified on November 23, 2021. Suggest an edit